Muskrat traps come in all shapes and sizes and manufacturers, as well as trappers, have come up with several ways to harvest the diminutive 'rat.

Muskrats are my favorite animal to trap.

Trapping the lowly 'rat is where many of us got our start.

As a youngster during the 70's fur boom, it was sure nice catching those $5 bills all over the place. 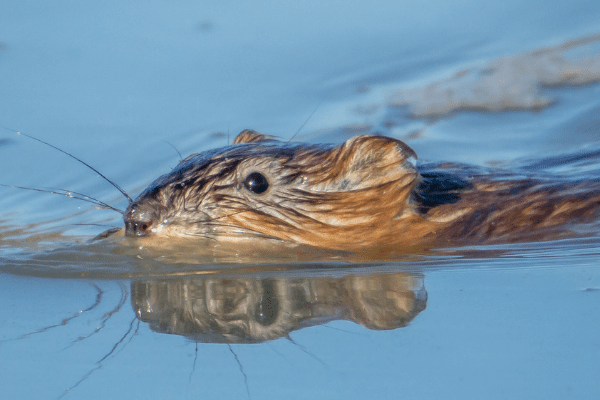 Now, even though the prices might not be as high, they're still a great animal to target on the trapline.

There are many kinds of traps you can use for putting muskrats on your stretchers.

To learn more, let's look at a few of the more common traps used today.

However, you can use just about any type of foothold trap for muskrats.

Long spring, under spring (also called a jump trap) or coil spring are all different types of foothold traps that will work.

Size isn't all that important either.

As I said, #1 is the most common but I have an almost equal amount of #1.5 traps hanging in my shed.

I tend to use the #1.5 where I think I might connect with a mink or coon since they have a little extra holding strength.

I have caught plenty of 'rats in #3 and #4 legholds set for beaver, and if truth be known, I have set this size intentionally for 'rats if I was out of smaller traps.

Muskrats are notorious for twisting off their leg and escaping leg hold traps, so if you trap where you can't make the 'rat drown quickly, you will want to make use of a special leg hold trap called a stop-loss trap.

The stop-loss trap has a large spring-loaded arm that will hold the muskrat down so it can't twist off.

The second most common muskrat trap is the body grip trap, commonly called the conibear.

These traps are made from rolled steel bar and consist of two square (mostly) jaws that pivot in the center of two sides.

When set they form a square (mostly) that the animal tries to pass through.

When this happens the jaws close around the animals body killing it quickly if not instantly.

They fold flat for ease of packing in your backpack and they are just the ticket for setting at den entrances (where legal), runs and bottom edge sets.

They fit well in cubbies and can work well in spring sets.

The 110 conibear is the proper size for muskrats since they're approximately 5''x5". 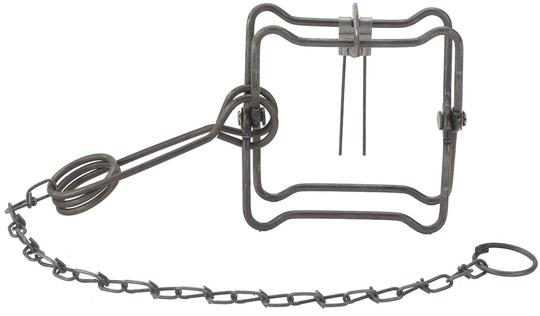 Again, I have caught 'rats in everything up to and including 330 beaver traps, but that is rarer then beaver footholds, since a 330 is big enough that it will usually mis the muskrat completely when one hits the trigger.

Conibears have a couple of weaknesses in my opinion.

The triggers tend to break off after a while and it's very annoying to break a trigger in the field and have to haul the trap back home unset to repair it.

Another problem is that on some brands, the rivets give up the ghost.

You can replace them with a bolt and jam nut when they break, or a really cool modification I have seen but not tried is to drill out the rivet opposite the spring and replace it with a large spike.

This allows you to set and stabilize the trap quickly.

Certain states only allow trapping with live traps in these perilous times.

Live traps for muskrats are best set along banks and covered in grass or weeds.

They make good cubbies, and if you have a good visual appeal, you may not even have to bait them.

If you choose to use a bait, I've found that carrots, apples or parsnips are always a great choice.

Cage or colony traps are a great addition to the muskrat trapper's arsenal.

In the right situations they can catch a lot of 'rats quickly.

The trap itself is simply a cage made from hardware cloth with two slanted doors that enclose each end.

The doors can be pushed open from the outside but not the inside. 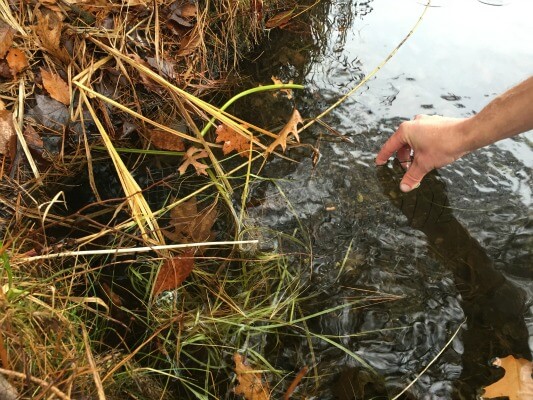 I have seen trappers set these in the middle of the creek and hope the 'rats will swim into them.

This is not the place you want to set a colony trap.

You need to set them in a narrow run or at least use guide sticks to corral the 'rats into the doorway.

The best place to set them (where legal) is right in front of a den.

The very first time I set one, I set it in a den entrance that was out in a pond a few feet from shore.

I chose a colony trap because I didn't want to deal with setting a conibear in the deeper water.

There was a trench in the mud bottom so I just laid the cage right in it, up against the hole in the mud.

The next morning I could see I had 'rats in it.

When I finally got it emptied it had five muskrats packed head to tail in it!

I have experimented with snares over the years but have found that in the time it takes to set one properly, I can just as easily set a foothold or body grip.

Snares for muskrats are tricky.

They must be set just right, with the proper loop size and height to be effective.

Trapping muskrats is a great way to introduce trapping to beginners because they're abundant and easy to catch.

Try using some of the muskrat traps listed above and you're sure to trap more muskrats than you ever thought possible!