The muskrat den set is a popular way to trap muskrats.

It's easy to create, the den entrances are typically easy to find, and it's a great set for beginners to use.

When a lot of people hear the name muskrat they immediately think of the common "rat" found living in sewer drains and dumpsters inside of a large city.

However, don't let the name fool you, the muskrat has one of the softest and shiniest furs around, and they feel almost silky to the touch. 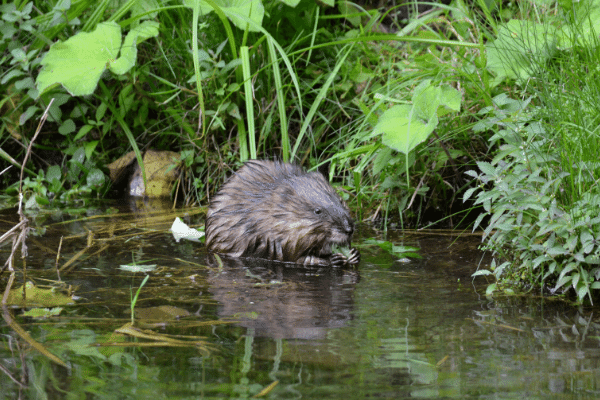 A lot of trappers target muskrats not only because of their beautiful pelt, but they're easy to trap and they can be found in almost any body of water including creeks, rivers and marshes.

Muskrats live in dens or burrows dug into the bank slightly below the water level.

This small hole leads into a larger area built into the bank that's above the water line.

The den set is constructed at the den entrance where the muskrats enter and exit the burrow.

Muskrats live in two different types of structures.....a den carved into the bank or a small hut built out of cattails, reeds and grass.

Their huts are really easy to find.

Just look for a structure that resembles a small hay bale sticking out of the water.

The dens carved into the banks are a little tougher to find but with a little practice it's pretty easy if the water is clear.

The easiest way to find a den is to look for the murky or muddy trail leading in and out of the den.

Depending on how hard the bottom of the lake is, the runs can also appear shiny, or lighter than the area around it.

As the muskrat travels in and out of the den they leave behind a distinctive trail along the bottom of the lake or river they're living in.

Since the dens are carved into the bank, it's best to put on a pair of waders and walk in the water along the shore line to locate one.

Keep searching until you find the muddy run leading into the bank.

To locate the hole, simply use your boot to poke around the bank until you find it.

Try not to walk on the shore when you're looking for a den.

Your weight could cause the den to cave in which would ruin the set location.

If you find a den that's already caved in just keep searching because the muskrats have already abandoned it.

Once you locate the entrance to the den the next step is to place a #110 conibear in front of it.

Their small design makes them easy to set but they're powerful enough to quickly kill a muskrat. 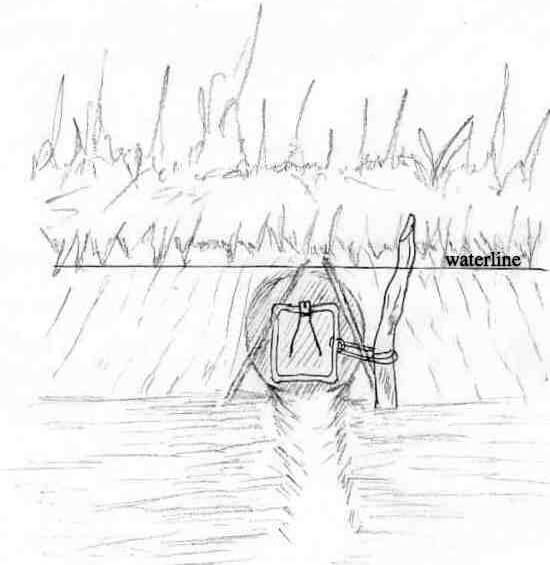 Find a large stick that's large enough to fit snugly through the hole in the spring.

You can also use a few smaller sticks as a wedge to help tighten up the trap.

Choose a stick that's long enough so you can shove it into the ground about a foot.

I like to pick a stick that's long enough to stick out of the water when the set is complete.

It makes finding your trap easier, however, it also makes it more obvious to people who might steal your trap.

You can also add a couple of smaller sticks as a guide to help funnel the muskrat through the open trap.

The trap should also stable and it shouldn't move or swivel if a muskrat bumps the side of it.

Another great trap option when constructing a muskrat den set is a colony trap.

Colony traps are basically a cage trap with a one-way door on each end that allows the muskrat to enter the trap, but not exit.

Colony traps don't require any bait and you just set them in the runway that's leading in and out of the den. 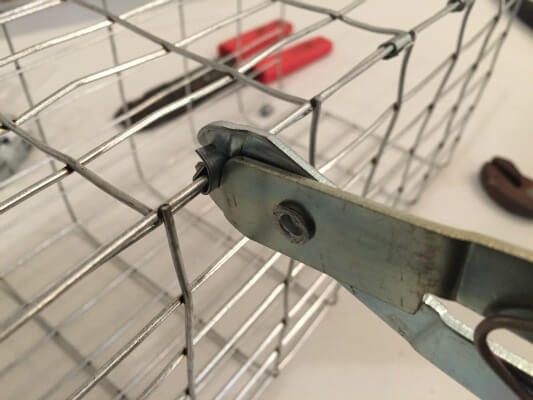 These traps are unique because they allow you to trap multiple muskrats at one time.

It's not uncommon to trap 2 or 3 muskrats in a single night when using a colony trap.

If you would like to build your own colony trap, check out these free colony trap plans.

The muskrat den set is a great way to trap muskrats and it's easy to build.

Now that you know how to make the set the only thing left for you to do is find the muskrats!