If you're interested in trapping muskrats, a muskrat colony trap is a great addtion to your trapping gear.

The traps are inexpensive, lightweight and they're capable of catching multiple muskrats at one time.

Plus, if you're relatively handy with basic tools you can even make your own trap.

The traps are basically a rectangular metal box made out of steel mesh with one way doors on each end.

As the muskrat swims into the trap through the one way door, the muskrat gets stuck inside the trap until it expires.

Once the muskrat expires the trap is still fully operational allowing more muskrats to enter the trap.

The option to catch multiple muskrats at one time give these traps a distinctive advantage over conibear traps or foothold traps where only one muskrat can be caught at a time.

Since it's common to find several muskrats living in the same area, the traps allow you to catch a lot of muskrats in a short amount of time.

How To Set A Muskrat Colony Trap

Colony traps work great in an area where you find a distinctive muskrat run heading into a bank, in narrow streams, or through vegetation where the water is deep enough to completely submerge the trap.

Many states require the trap to be fully submerged and be a certain size for legal use, so make sure you check your local laws before setting one of these traps. 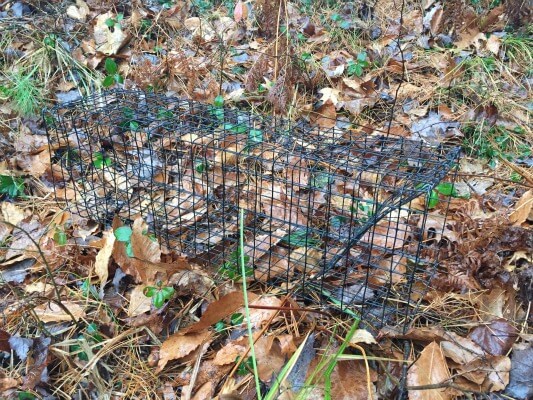 Here's a picture of a typical homemade colony trap.

Although the size or dimensions of the trap can be different, they all function the same way. 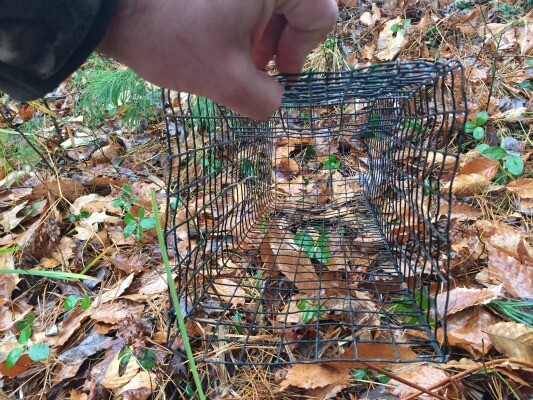 The above picture shows a view of the door open.

Notice how the other end of the trap also has a door, but it only allows the muskrats to enter the trap from either direction, not exit once they're inside. 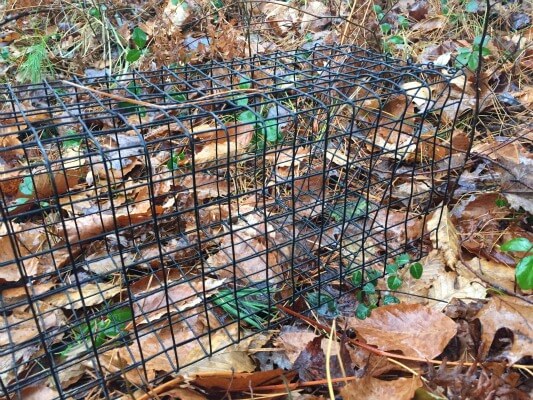 Once inside, the weight of the door closes behind the muskrat.

Since the door is longer than the height of the trap, the door simply binds on the bottom of the trap preventing it from opening. 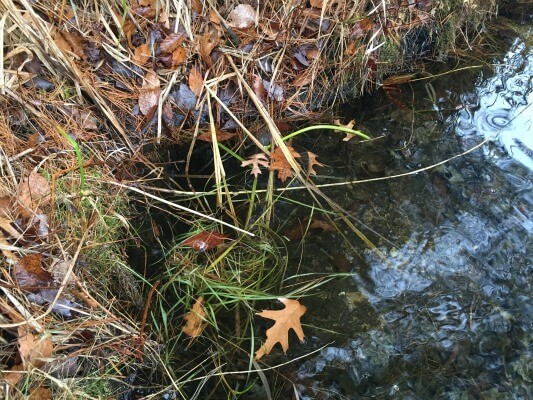 In this set, we located a very distinctive muskrat run heading into a bank.

Although it's hard to see in this picture, the bottom was "shined" up really good from the muskrats traveling back and forth.

When looking for a place to set a colony trap, always look at the bottom.

If it looks brighter than the surrounding area, chances are the muskrats are actively using the run.

The area looks brighter because the muskrats are pushing away debris and sediment as they swim back and forth exposing rocks and other heaver material.

There was also a lot of cut vegetation floating on the surface of the water indicating muskrats were active in the area.

The depth of the water was about 6-8 inches deeper than the trap allowing the trap to be fully submerged.

To set the trap simply bed the trap on the bottom by pushing down and moving it slightly from side to side.

Once the trap is placed in the run, secure it in place by using a couple of sticks to cross stake the trap.

The cross stakes are not a necessity, it just makes the trap a little more sturdy.

The muskrat colony trap will catch the muskrats from either direction.

A muskrat colony trap is a great addition to your trapping supplies.

Although conibear traps and foothold traps work great, the colony trap allows you to catch multiple muskrats throughout the day, trapping more muskrats in less time.