Getting Rid Of Moles

The best way of getting rid of moles in your lawn or garden is often misunderstood.

In fact, it seems like there are more myths about mole control than there are ideas and strategies that actually work.

For example, mothballs, chewing gum, human hair or even broken glass placed in a mole tunnel is not an effective way to remove them from your lawn.

If you're serious about killing the moles that are causing tunnels or mounds throughout your lawn there are two options that work, traps and some varieties of poisonous bait. 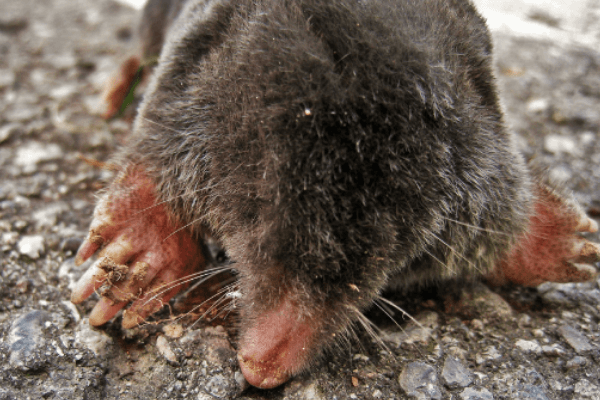 With so many traps and poisonous baits on the market it's tough to determine which ones work and which ones are a waste of time and money.

To make things easier we've narrowed it down to just a few products that work really well.

Getting Rid Of Moles With Traps

Earthworms make up the majority of a moles diet.

They also eat grubs, but earthworms are the reason they're in your lawn or garden.

Pesticides that reduce or eliminate the grubs in your lawn are not an effective way to remove moles.

In fact, if your lawn was completely free of grubs you can still have a mole problem because they're still looking for, and feeding on earthworms.

You usually begin noticing mole damage in the early spring as the ground warms up and things begin to thaw out.

The warm temperatures bring earthworms and insects closer to the surface which also attracts the moles.

Moles can also be present in your lawn during the winter but chances are they are deep underground and you don't notice their destructive behavior.

As the ground freezes the earthworms move deeper into the ground searching for a better living environment, taking the moles with them.

There are two styles of mole traps that work really well.

To locate an active runway, search for a straight portion of the tunnel that follows structures like sidewalks or edging.

Avoid the tunnels that branch out in multiple directions because these are not used on a regular basis and were only used in search of food.

Step down on a small portion of the runway and check it the next day to determine if it's active.

Raised ground in the area that was previously matted down indicates an active tunnel.

Next, set the scissor trap or harpoon trap according to the manufactures guidelines.

If you don't catch a mole within 48 hours, move the trap to another location.

Getting Rid Of Moles With Poison

Since moles are insectivores, they feed primarily on earthworms.

A fairly recent poisonous bait has been introduced to the market that contains Bromethalin…...the active poisonous ingredient. 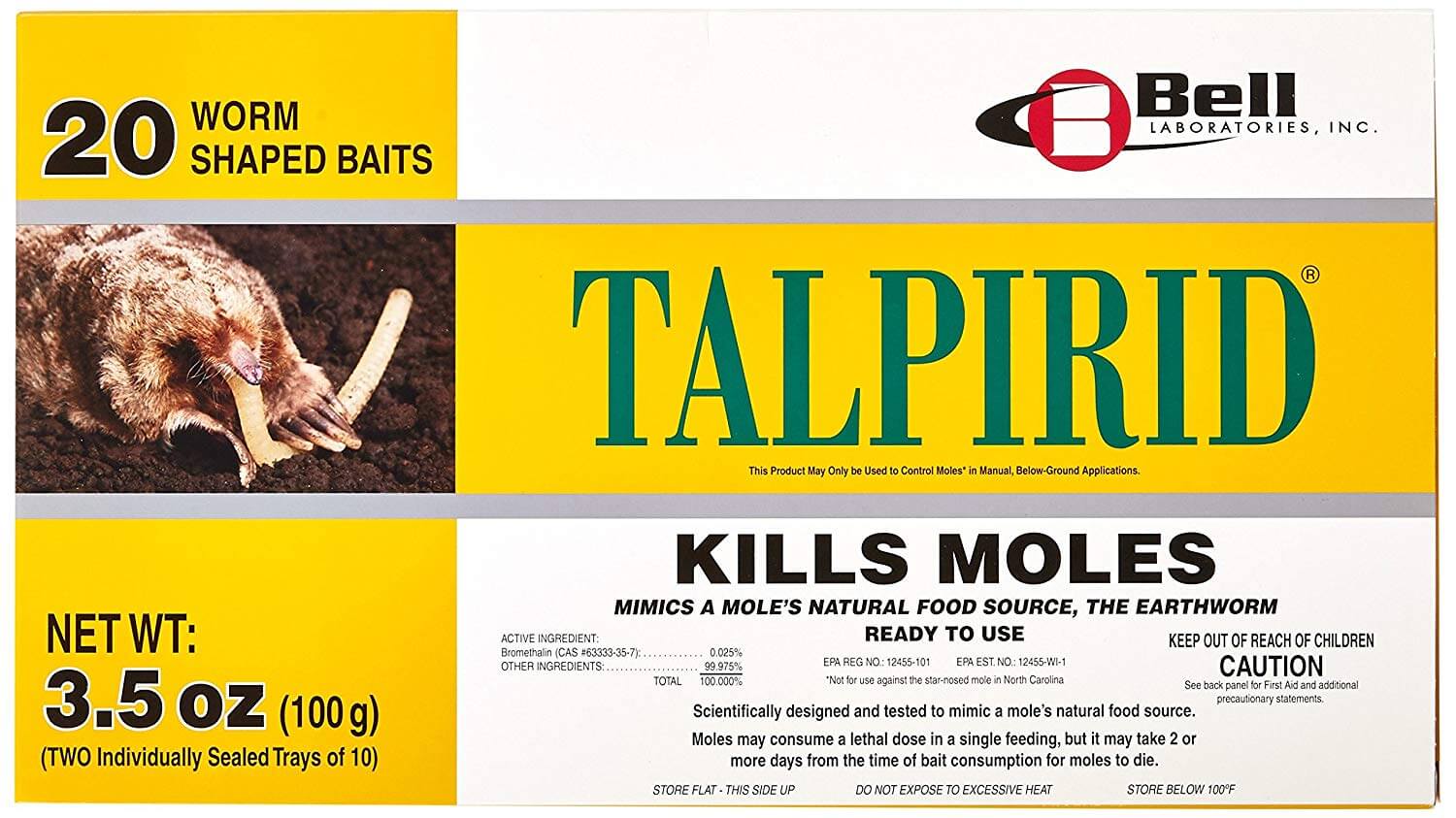 Shaped in the form of an actual earthworm, they have a taste and smell that's appealing to moles.

Mole poisons have changed a lot over the years and this new formula works very well compared to formulas in the past.

One downfall to placing poison in your yard is the possibility of a child or domestic animal ingesting it.

Although this is uncommon if used properly, the potential always exists.

If you're serious about getting rid of moles, don't be fooled by noisemaking contraptions or various items shoved inside a mole tunnel.

For best results, choose a reputable mole trap, like the Victor Out O'Sight scissor trap, or a reputable poison like Talprid worm shaped baits, and stop those moles from destroying your lawn or garden.