What Do Moles Eat?

What do moles eat when they tunnel through your yard searching for food?

Moles are insectivores with a vigorous appetite, eating approximately 70 - 100 percent of their body weight in food each day.

Some of the larger types of moles will actually eat small mice that enter their tunnel system, but it's not very common.

Moles dig the tunnels you see in your yard as they search for food, primarily earthworms. 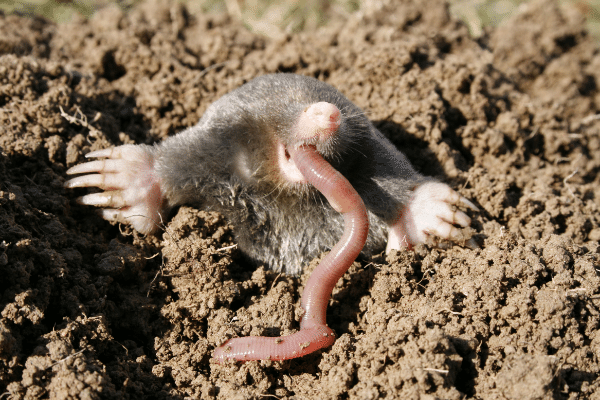 Once constructed these tunnels actually serve as an earthworm trap.

A mole has a unique ability to sense when an earthworm falls into one of their tunnels.

Once located, a mole bites the earthworm releasing a toxin in their saliva that can paralyze the worm.

Once paralyzed, the mole can store living earthworms in underground "larders" for future consumption.

Before consuming the worms, a mole pulls the worm through its paws which forces the dirt out of the worms stomach.

Although moles commonly eat grubs, using expensive grub prevention additives on your lawn is not an effective way to control them.

Grubs only make up a small portion of a moles diet.

If the insecticides do actually work at killing the grubs, a mole will just consume a different type of insect or earthworms, their favorite food choice. 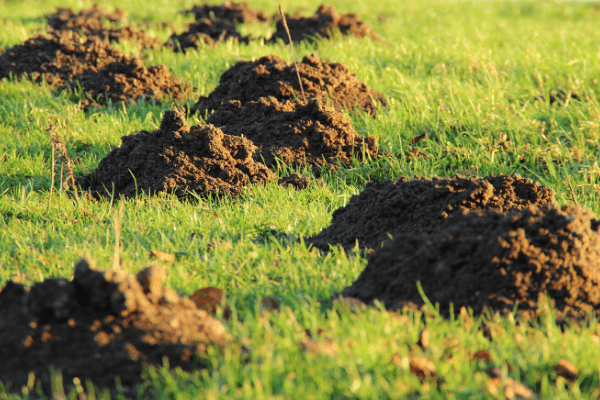 Since these insecticides do not provide any long term control of moles and using them can have harmful effects on the environment, spreading them across your lawn is not worth your time or money.

What Do Moles Eat - Plants And Vegetables

Moles do not eat plants, roots or vegetables, however, their constant tunneling will disrupt the root system of nearby grass and plants causing them to die.

One misconception about moles is that they eat vegetables and gnaw on roots in your garden.

While it's not uncommon to find a mole in your garden searching for insects, the mole is not eating your plants or vegetables.

In fact, if you're experiencing similar damage it's probably a vole.

Voles travel in the mole tunnels and feed on roots, potatoes and other items inside your garden causing the plants to eventually die.

What Do Moles Eat - Overall

Although moles can be destructive, their tunneling can have a beneficial impact on the environment by providing a natural form of insect control and aerating the soil in the process.

No matter what, moles will constantly follow their food source leaving behind tunnels and mounds as they go.

If that food source just happens to be in your lawn or garden (chances are it is) your next step is to determine if you want to live with the moles…….or without them.

What's the best way to get rid of a mole in your lawn?

Trapping is by the far the fastest and most effective way to remove unwanted moles.

Mole traps are easy to set, and if you set them on an active mole run, you can typically trap one the same day you set your trap!