Diseases spread by fleas can be a common concern if you have pets living inside your home or if you've experienced small, red, itchy bumps on your skin.

The thought of a flea biting you as you sleep is bad enough, but once you incorporate the possibility of those bites turning into a serious medical condition, it raises a valid concern for your safety.

Fleas are a common carrier of many different types of diseases that can be transmitted to humans.

These diseases can have medically significant potential, which in sever cases can include the bubonic plague....otherwise known as the black plague.

However, this doesn't necessarily mean all fleas are reservoirs of disease just waiting to spread infection, but they do have the ability to introduce pathogens into your blood stream after migrating to you from a rodent host, like a squirrel or prairie dog. 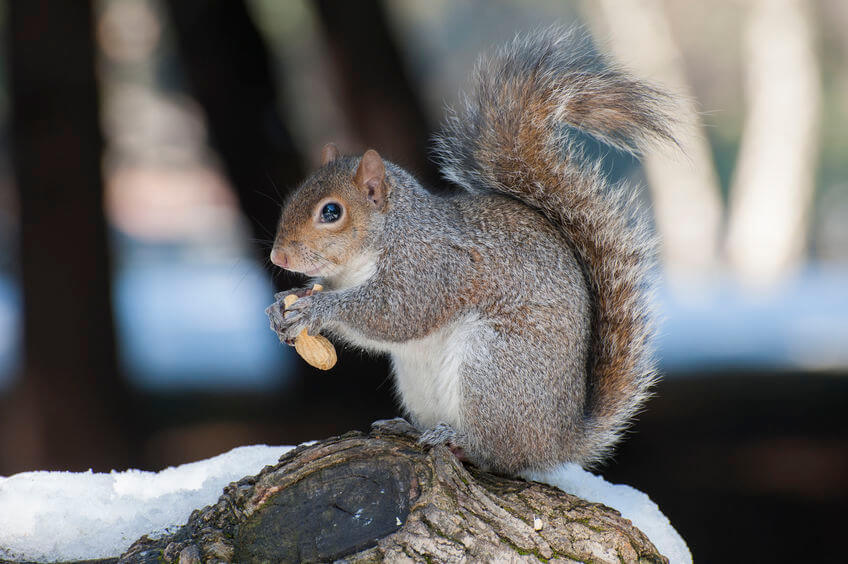 These rodents are dormant carriers of the disease but the introduction of the disease pathogen into the blood of a human can have disastrous consequences to your health and those around you.

The problem occurs when the infected flea moves from a rodent host to you or your home and bites your skin.

Are you completely grossed out now?

To learn more let's look at some of the common diseases that are spread by fleas and what you can do to prevent yourself or your pets from becoming sick.

Aside from the bubonic plague, the diseases spread by fleas are hotly debated due to the lack of research and interest in funding, although none of the following can be definitively ruled out.

Although rare, the black plague is the most common disease to be contracted by humans through flea bites.

This disease has been historically impactful and wiped out an estimated 25 million people in Europe in the late 1340’s. 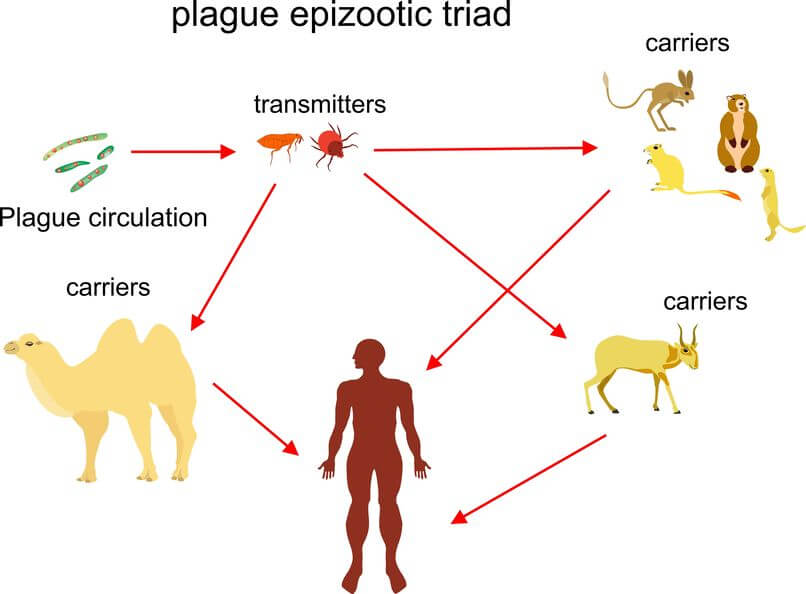 The CDC reports around 7 cases in the United States each year, and most of these reported cases have occurred in the western or southwestern United States.

Other reports from The World Health Organization (WHO) state an estimated 1,000 to 3,000 cases occur a year worldwide.

Theses cases are usually scattered around isolated areas and are generally found in areas where there are prominent numbers of prairie dogs and other rodent carriers.

While there is a possibility of this disease being spread to humans by fleas, the subject has been debated and the majority of infected bites are attributed to ticks instead. 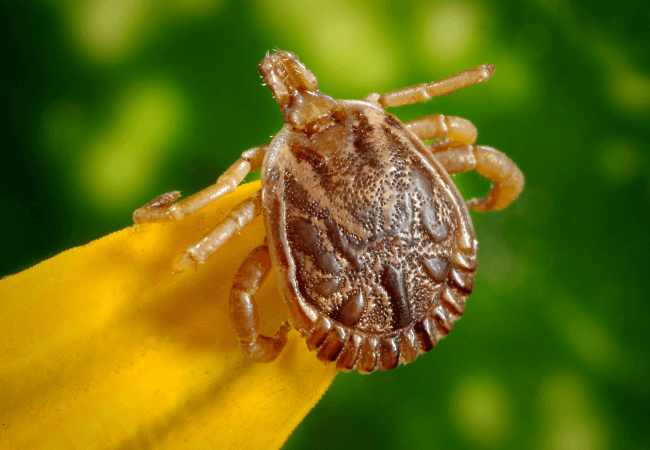 Although there have been several cases attributed to flea bites, there isn’t currently enough evidence to support this theory...but it can’t be readily ruled out for the same reason.

Although Zika Virus is more commonly associated with the bites of mosquitos, as a blood borne pathogen it can’t be ruled out of the realm of being spread by fleas. 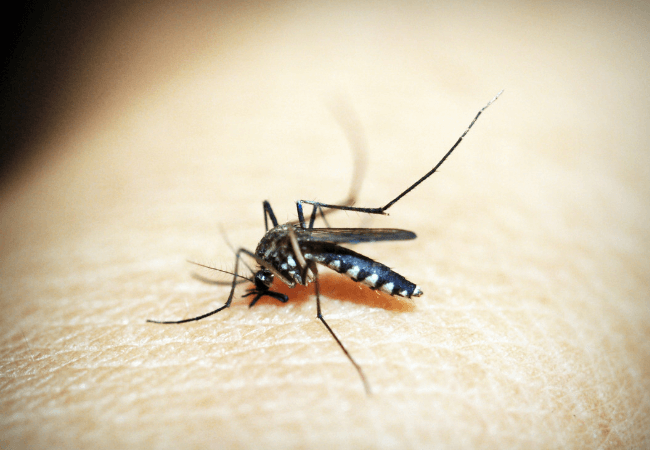 The CDC warns against the possibility of fleas spreading several diseases and the Zika Virus is among them.

This is the most common virus delivered by infected mosquitos in the United States. Like the Zika Virus, this is also a virus closely associated with mosquitos and not fleas.

This also can’t be ruled out of the realm of possibility when looking at the potential virus fleas could spread to human hosts.

This is a bacterial disease caused by Rickettsia typhi.

This disease is reported worldwide but most commonly in tropical climates near the coast. 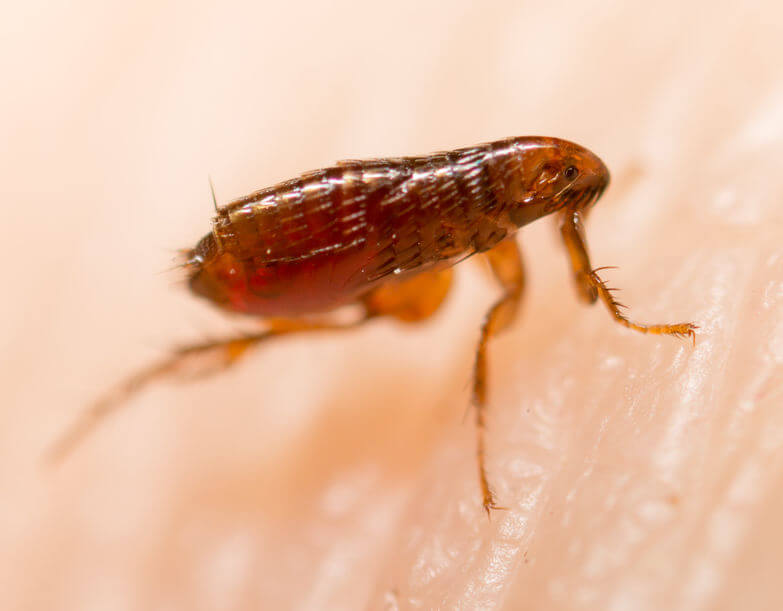 The disease is spread by encountering infected flea feces, which is gross in itself – it can also be transmitted through bites to the host.

There are on average 300 reported cases of flea borne typhus in the United States each year.

This disease, more commonly referred to as human granulocytic ehrlichiosis (HGE) is most commonly transmitted to humans by Lone Star ticks, although like the other blood transmitted pathogens, HGE can not be completely ruled out as also being a transmissible disease spread by fleas.

Although it’s not technically a disease spread by fleas, it is something that can be a little troubling, and absolutely something that will churn your stomach. 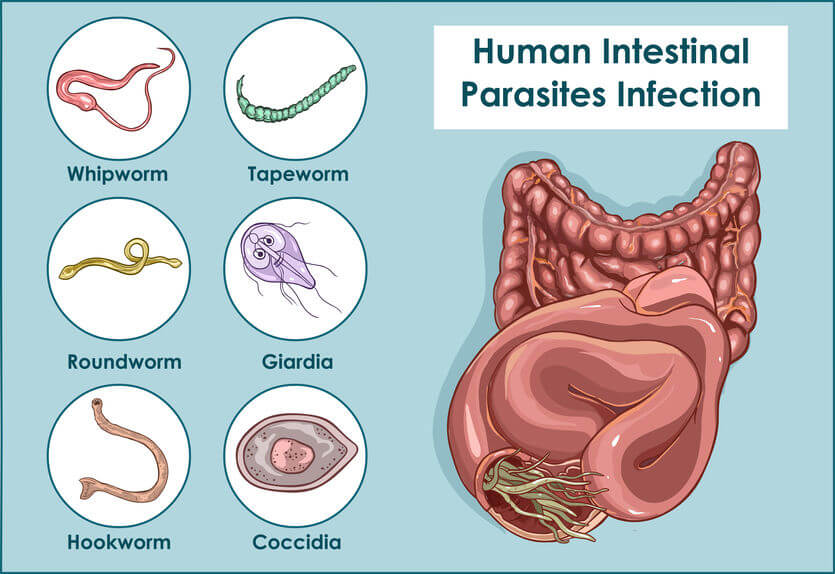 Fleas are a common carrier of tapeworms and can pass them on to human hosts.

Tapeworms, unlike the other diseases listed above, aren’t transmitted through the blood.

Instead, the flea must be ingested in order to infect a human host with a tapeworm.

This might not seem like a problem if you don’t commonly go around eating fleas – but it’s not out of the realm of possibility for a flea to hop its way into the open mouth of an unsuspecting sleeping victim, dropping off its tapeworm larvae to mature in the gut of the human host.

Diseases Spread By Fleas - Bites Are On The Rise

There are more and more reported cases each year of flea problems and flea related diseases.

This makes sense considering more and more people open their homes to furry creatures – now more than ever.

Fleas are commonly found on dogs and cats alike and once introduced into your home and yard they’re difficult to get rid of, due to their extended lifecycle and multiple life stages; each life stage requiring a different means of attack.

Flea bites – even by those infected with the bubonic plague are no longer medically significant if the host has the means of modern medicine available to them.

With antibiotics and other standard care for infection, there can be a complete recovery with little impact to the health of the patient.

If symptoms are ignored and left untreated, the problem may persist and worsen.

If you suspect you may have been bitten by an infected flea and have developed severe reactions such as headaches, dizziness, stiffness or vomiting, it’s best to seek the advice of medical professionals.

How To Avoid Diseases Spread By Fleas

It’s not difficult to avoid the diseases spread by fleas and their bites.

By making sure you keep your home clean and your pets on regular treatment for fleas, you will greatly reduce your chances of encountering infected fleas and the off chance of being bitten by a flea carrying a blood borne pathogen.

Avoid areas you know to be contaminated with infected fleas or the rodents that are known to carry the disease and keep your pets away from these areas as well.

If you need to visit someplace where fleas may be present, wear insect repellent and check yourself thoroughly before returning home.