If you're thinking about live trapping a raccoon, choosing the right raccoon bait is important.

For starters, trapping a raccoon in a live trap is not very difficult, and it's one of the best ways to get rid of a raccoon that's getting into your garbage or pet food.

Raccoons are curious animals that will venture into a trap without much hesitation.

However, the real problem arrises when you want to catch just a raccoon and not a lot of other non targeted animals like your neighbors cat, opossums or worse, a skunk.

Raccoons are not picky eaters. 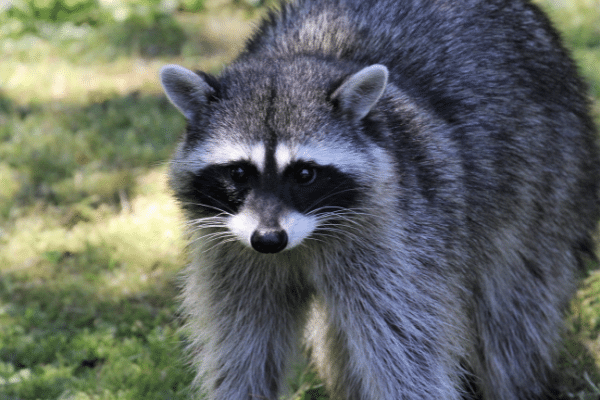 Cat food, sardines, canned dog food and various table scraps will all work to lure just about any raccoon into a trap.

So, to trap a raccoon and only a raccoon, it's important to choose a bait that's not as appealing to other animals.

This doesn't guarantee you won't catch an opossum since you never know what a wild animal will do, but choosing the correct bait will make a big difference.

When live trapping a raccoon, trap placement and setup is important, but it's the bait that actually lures the animal into the trap.

I've trapped a lot of raccoons in a live trap over the years and I've found a couple of baits that work really well for raccoons, but limit the amount of non targeted animals caught in the trap.

Here are some of the best raccoon bait choices for a live trap:

Raccoons love marshmallows and they're one of the best baits you can use in a live trap because they don't attract a lot of unwanted species.

You can use large or small marshmallows, but I like to use the large ones because it's harder for the raccoon to pull them through the side of the trap. 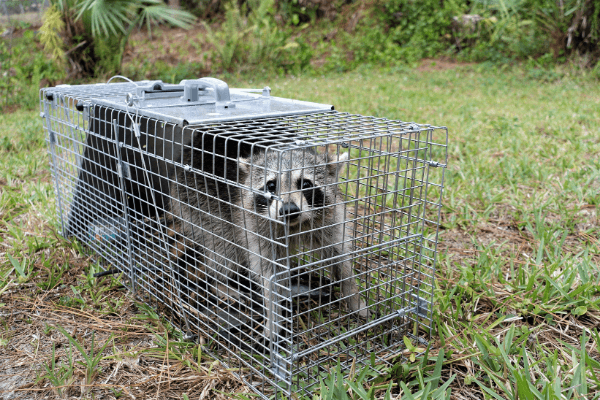 Hang a crumbled piece of clean tin foil in the back of the trap behind the trigger pan.

Suspend the piece of tin foil by tying it with a string to the top of the trap.

Since raccoons are curious animals, the shinny dangling tin foil alone is enough to lure them into the trap.

By using clean tin foil it eliminates the rotten smell that could attract unwanted animals.

I know, it sounds unbelievable but it actually works!

The tin foil attractant is the best way to trap a raccoon if you don't want to catch your neighbors cat or any other unwanted animal.

A whole, un-cracked fresh egg is also a good bait for a raccoon but decreases the chances of catching an unwanted animal.

Place the egg in the back of the trap behind the trigger pan and you're done.

Since raccoons commonly raid nests and steal eggs from animals in the wild, a whole chicken egg is a great raccoon bait to use.

There's a lot of different baits you can use to trap a raccoon.

So, if you want to trap a raccoon and drastically reduce the chance of catching anything else, try using one of the baits we described above.

There's always a chance of catching a different animal especially if they're really hungry, but that's the great thing about using a live trap instead of a snare or foothold trap to catch a raccoon.

The non-targeted animal won't be injured if it gets caught inside the trap, and you can easily release them unharmed back into the wild.