Trapping feral cats is quickly becoming a topic of concern for many Americans today.

There is an estimated 70 million feral cats roaming around neighborhoods, farms, parks and even Universities throughout the United States.

A feral cat is simply a cat that has reverted to a wild state.

They're probably offspring of a one time domesticated cat that was either abandoned or it strayed away from its home. 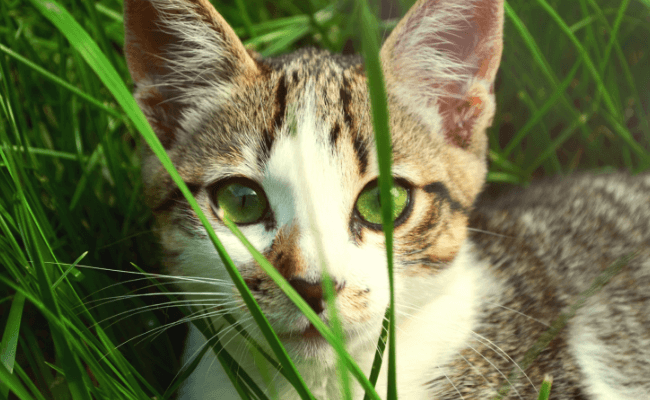 Although feral cats may live on their own without much human contact, a majority of them still need some type of human interaction to survive.

Very few wild cats survive only on the food they hunt and catch themselves.

This is why they're commonly found around places that have easy access to food, like garbage cans and dumpsters.

Thinking about making a feral cat a pet?

The degree of "wildness" will be different in each cat.

While it's possible to take a first or second generation wild cat and domesticate it, a fifth or sixth generation feral cat might be more difficult.

Taking a cat that has never been indoors or had close human contact and expecting it to live inside your house is not the best idea.

The cat could be aggressive since it's not accustomed to human contact and the cat will probably become stressed and simply hide under the bed or in a closet all day. 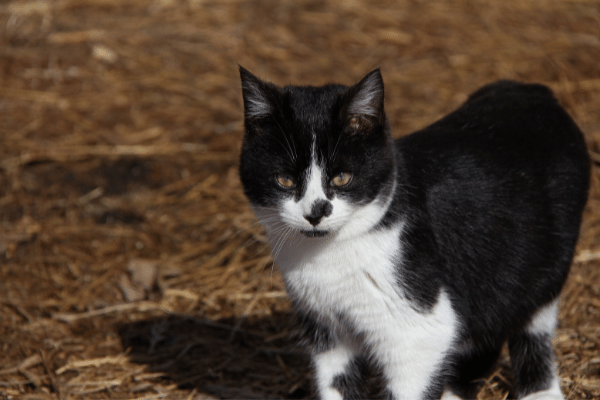 A stray cat will most likely be happier living outside in an environment where it feels safe and comfortable.

One program that allows the cat to live outside but still helps control the feral cat population is a process of trapping the animal, neutering it and returning it to the outdoors.

Most Humane Societies and shelters offer free neutering and spaying services for those who are trapping feral cats and bringing them in.

This process is one of the best ways to control the number of feral cats living in your neighborhood.

In order to catch the cat and take it to a location where you can have it spayed or neutered, you're going to have to trap it first.

Depending on how wild the cat is will dictate how easy it will be to trap.

Barn cats that have a lot of human interaction are not that difficult to trap, but cats that live in abandoned buildings or houses are a different story.

The best trap to use when trapping feral cats is a live trap.

They come in a variety of different sizes and are produced by several different companies.

Choose a size that's designed to hold a cat or an animal that's a similar size. 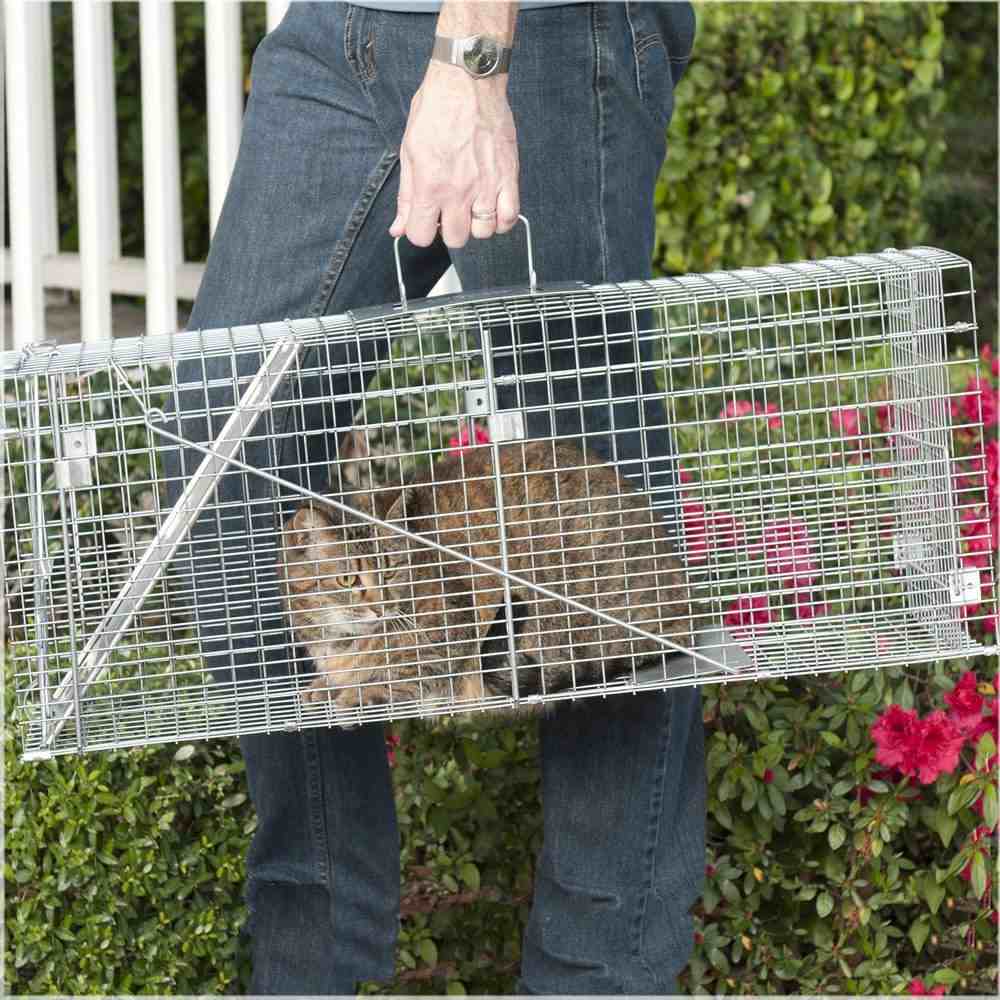 To begin, place the trap in an area where the cat is commonly found.

Set the trap on a flat, level piece of ground.

Once you have the trap in place, check the trap to make sure it doesn't rock back and forth.

A rocking or moving trap could scare off a trap shy cat.

Once you have the trap in place, line the bottom of the trap (the area between the pan trigger and the door) with newspaper, cardboard or a towel.

This covers the steel mesh bottom of the trap as the cat walks in.

Cats do not like to feel the steel mesh cage on their feet as they enter the trap.

Make sure the material you use does not interfere with the trigger or prevent the door from closing.

Next, bait the trap with canned cat food, tuna or fish.

Place the bait behind the trigger pan.

As the cat enters the trap to eat the bait it will step on the trigger pan, which closes the door and traps the cat inside.

Once the trap is set, you'll need to leave the area or go inside to prevent the cat from seeing you.

Then, frequently check the trap from a distance. 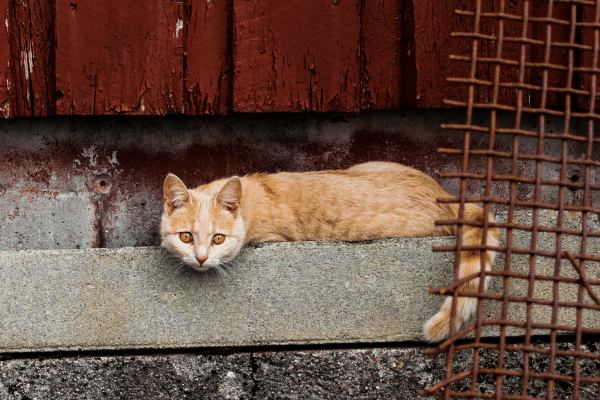 If you don't have any luck and the cat is too scared to enter the trap, try placing a little food at the entrance followed by a trail leading into the trap.

Place the majority of the bait behind the trigger pan.

Another option is to cover the trap with a burlap bag, towel or brush to help hide the the trap.

This increases the cats natural desire to enter a secluded place.

Moving The Cat Once It's Caught

After you trap the feral cat, place a burlap bag, towel or blanket over the trap to help calm the animal down.

Wear a pair of leather gloves when handling the trap and place the trap in your vehicle on a prepared surface.

It helps to arrange details ahead of time with your local Humane Society or shelter before transporting the cat.

Trapping feral cats in a live trap is one of the best ways to control the population and help reduce the number of stray cats living in your neighborhood.

Check the trap frequently and have a plan set up ahead of time to help reduce the amount of stress placed on the animal.