How To Kill Fire Ants

Are you wondering how to kill fire ants?


This time of the year, you’re probably not alone.

They are also aggressive, inflicting painful stings that can cause severe allergic reactions in some people.

If you’re ready to take charge - and take back control of your lawn - consider these helpful tips to get rid of fire ants on the spot.

What Are Fire Ants?

Before you learn how to kill fire ants, you should know a little bit about them first, and the dangers they present.

There are a few types of ants that are known to sting, but in the United States, the most common is the red imported fire ant, also known as Solenopsis invicta or RIFA.

Native to South America, this ant is technically invasive in the United States and is found in the western, southern, and southwestern portions of the country. 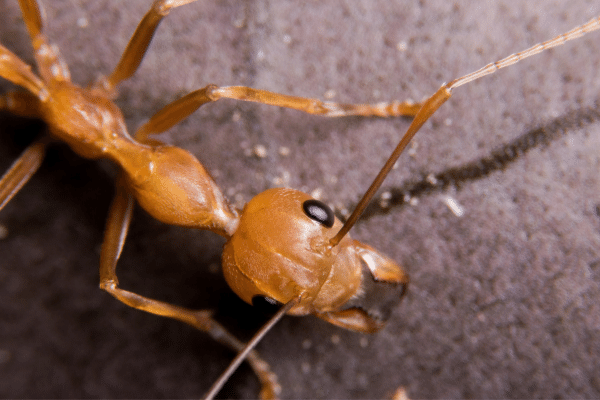 This species thrives in hot, arid environments and is known for its large mounds and most of all, its painful sting.

It can be tough to identify fire ants, since they aren’t always uniform in their size.

Some can be as small as an eighth of an inch while others are more than a quarter of an inch.

Most are red-brown to red-black, with ten segmented antennae and two nodes.

These ants live in colonies that have distinct social structures, with each colony containing a queen, worker ants, reproductives, and drones.

Fire ants are dangerous not only because of the sting they inflict, but also because of how quickly and aggressively they act.

They reproduce rapidly, with a single colony growing to thousands of individuals in less than a month.

Disturb the mound or nest, and these aggressive ants will attack ruthlessly.

How To Kill Fire Ants - What's The Best Product?

Most homeowners want to learn how to kill fire ants using chemical products, since these tend to offer quick, aggressive action.

The best time to treat ants is in cooler weather or in the early morning or late evening hours.

How To Kill Fire Ants With Baits

A bait will kill the queen and other worker ants deep inside the colony.

There are separate types of baits approved for both indoor and outdoor use. 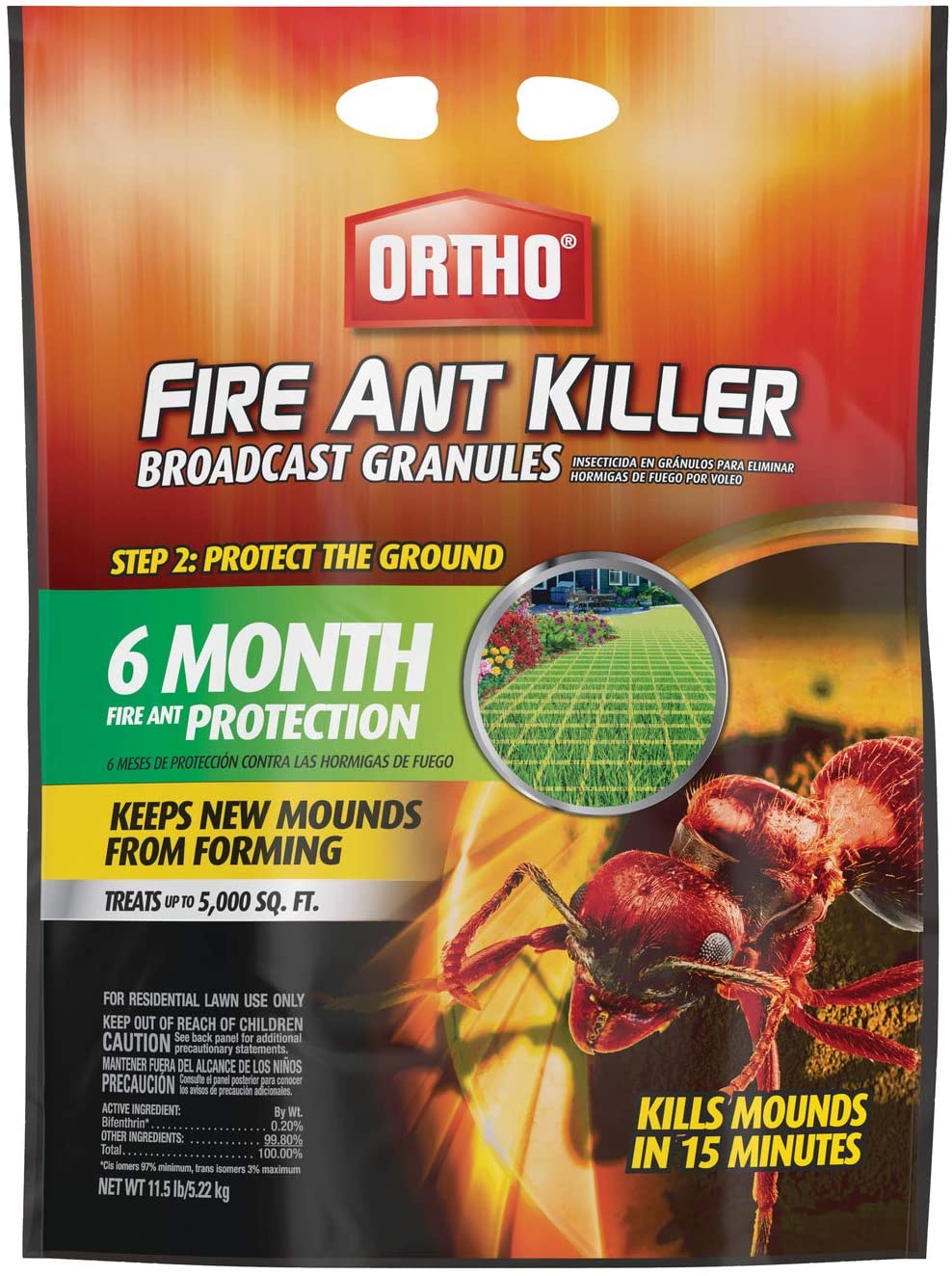 You can treat individual mounds or you can broadcast a bait over the whole yard.

Apply on a dry day when no rain is expected for 48 hours.

You can use a broadcast spreader to do so.

Try to leave your lawn undistributed for the next few days so that the ants have time to forage and bring the bait back to the nest.

This will ensure that as many ants as possible are killed by the treatment.

Another option for treating fire ant infestations outside is to use a drench.

This is a good option when you don’t have time for a bait to take effect and you need to eliminate large, individual colonies.

To do this, you will need to buy a concentrated fire ant insecticide. 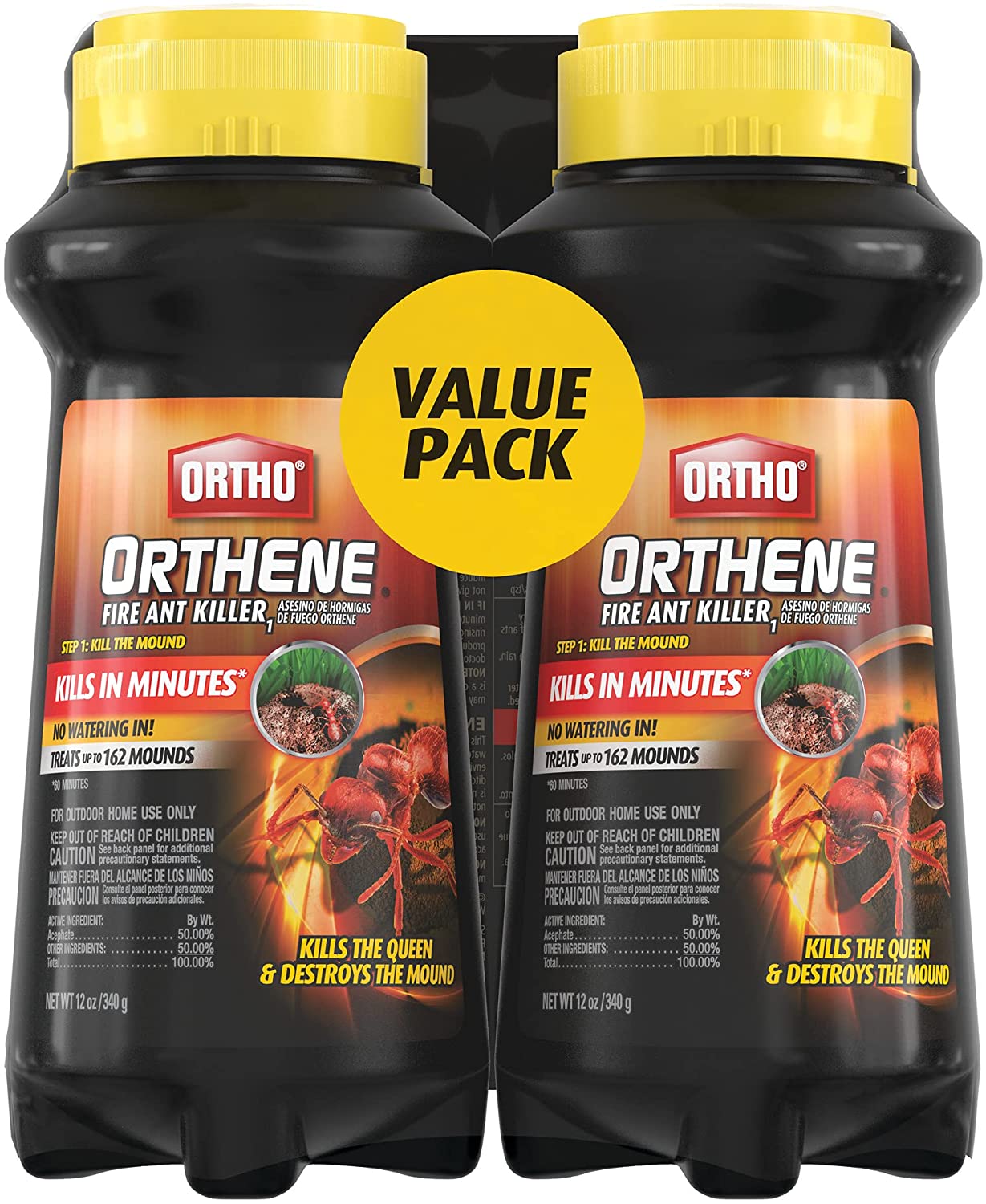 You can buy granular drenches or liquid drenches.

You can spread a granular drench just as you would a bait, using a broadcast spreader to do so.

You may have to pour water on top of the mound to soak in the granules, but read the product instructions to make sure.

If you use a liquid drench, you can apply it with a hand sprayer according to the instructions on the package.

If you find that fire ants have made their way indoors, you can use a bait trap near the spots that are most likely to attract ants (such as near sinks or food sources).

Make sure these are kept out of the reach of pets or children and don’t put them right on an ant trail - ants will avoid traps that are set in this manner. 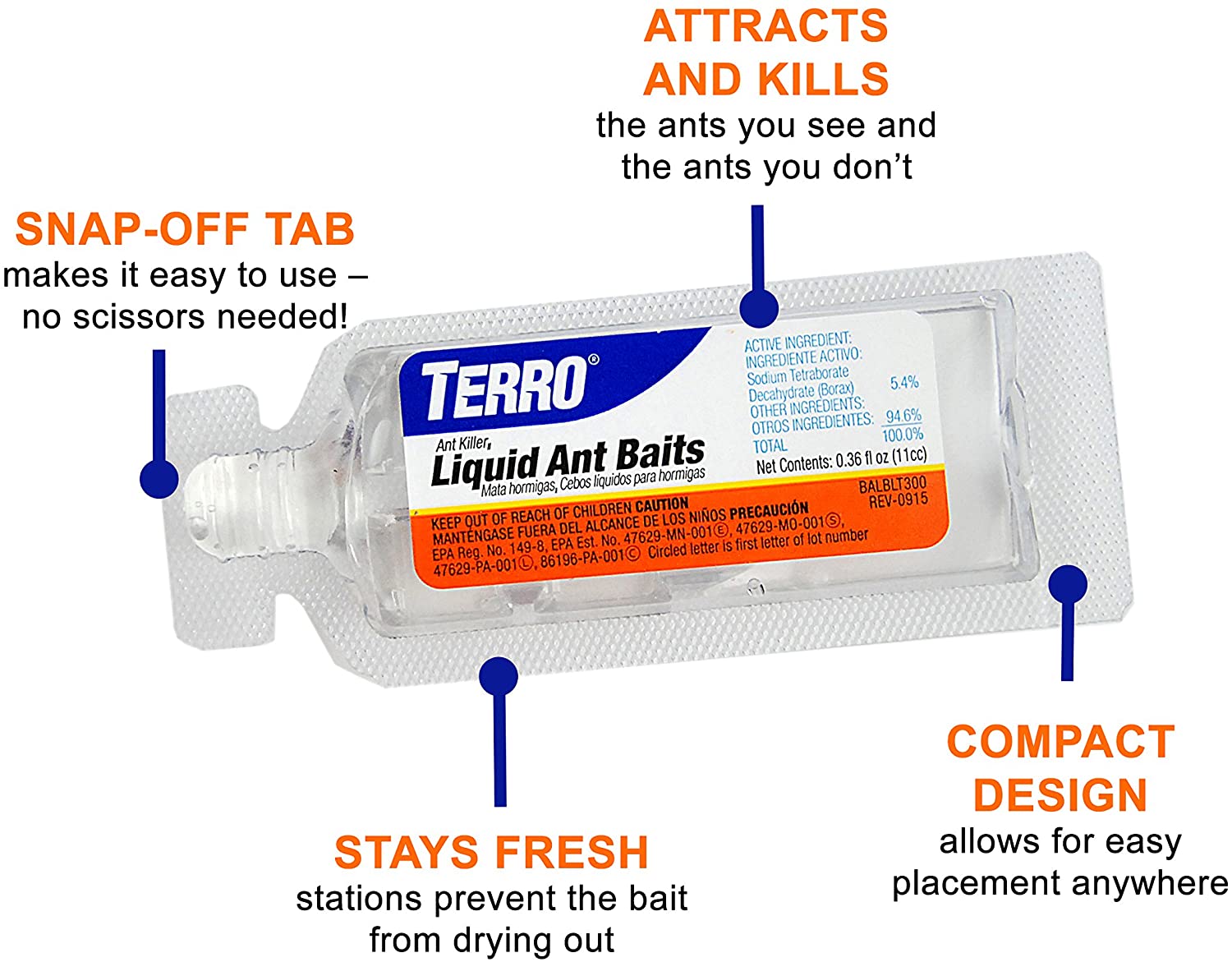 Ant sprays are also effective against ant infestations inside.

Look for a non-repellant fire ant spray so that they can’t detect the odor.

This kind of spray won’t kill on contact, but it will spread through the colony and kill more ants over time than a repellant spray will.

If you don’t want to use chemicals to get rid of fire ants, you do have a few other options.

These aren’t always as effective but obviously, don’t require the use of potentially harmful chemicals.

Of these, diatomaceous earth is perhaps one of the most effective.

It kills ants by cutting up their hard exoskeletons, dehydrating them slowly.

Get food-grade DE and sprinkle it in thin layers around areas where fire ants have been known to frequent.

Keep in mind that, if you use DE, you will need to reapply it each time after it has rained. 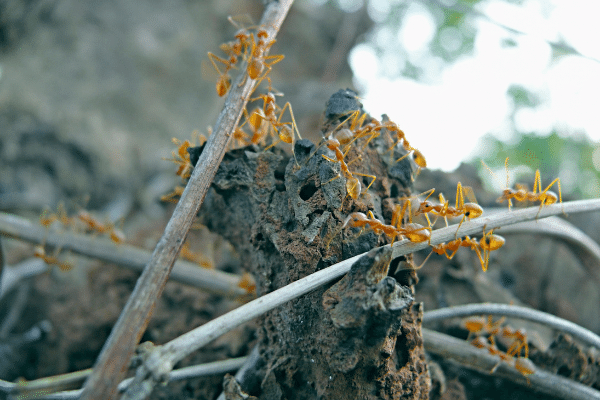 Another option is white vinegar.

You can saturate ant trails to kill them on contact, or you can spray countertops or other highly-trafficked areas to get rid of the ants.

Of course, when it comes to eliminating fire ants naturally, an ounce of prevention is worth a pound of cure.

Keeping the outdoor area clean through regular maintenance is helpful.

Keep your lawn trimmed and tidy, removing any excess vegetation that may provide a source of food and water for the ants.

Remove areas of standing water, such as birdbaths and other pools that invite pests like fire ants and, most notably, mosquitoes.

Wipe up spills immediately once they happen and do a walk-through of your home to see if you can find any leaking pipes, as the water might invite ants just as easily as food can.

The methods described earlier in this article will provide more long-lasting effects against larger populations of fire ants.

However, if you need to get rid of fire ants instantly, you may want to try pouring a few gallons of boiling water onto the mound. 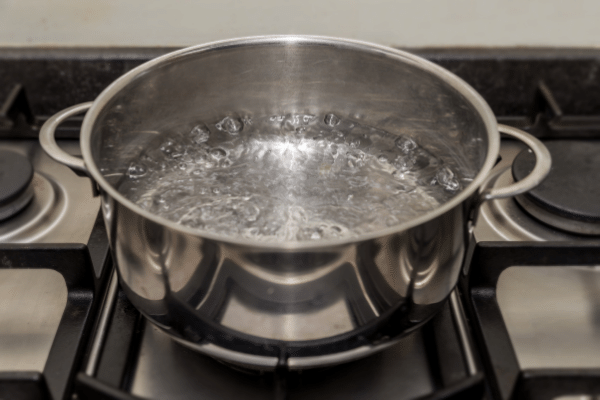 This will kill about 60% of the ants in the mound, so while it won’t kill all of them, those that it does reach will be killed instantly.

Do keep in mind that the boiling water can also kill nearby vegetation, including your lawn.

Knowing how to kill fire ants involves a multi-step approach that requires patience, diligence, and some knowledge of the biology of these frustrating insects.

Now that you're well informed how to kill fire ants, you should be able to get rid of them quickly - and prevent them from coming back!