How Long Do Ants Live

If you have an infestation, you may be asking yourself, how long do ants live?

Can I just wait them out until they die?

Unfortunately, that won’t work out well for you.

It may surprise you that ants actually have a longer life span than any other insect.

Many species of ants, like the black garden ant, which you might find in your yard, can live up to 15 years on average, though many die much later.

Unlike other pests, you can’t rely on your ants going away during the winter months.

The long life spans along with the ability to reproduce so quickly make these tiny intruders difficult to eradicate.

Luckily, there are things you can do to keep ants and other pests out of your home and yard.

Learning as much as you can about ants, including how long do ants live, will help you understand them and how you can protect your home from them.

The Ant Life Cycle - How Long Do Ants Live?

When ants are born, they are still undeveloped larvae.

Worker ants work endlessly to feed them since larvae eat a huge amount during this stage of their life.

The larval stage is when ants do all the growing and developing necessary for them to be healthy adults, and that creates an enormous appetite.

As the larvae grow, they shed their skin.

This molting process goes on until they resemble the adult ants that have raised them so far. 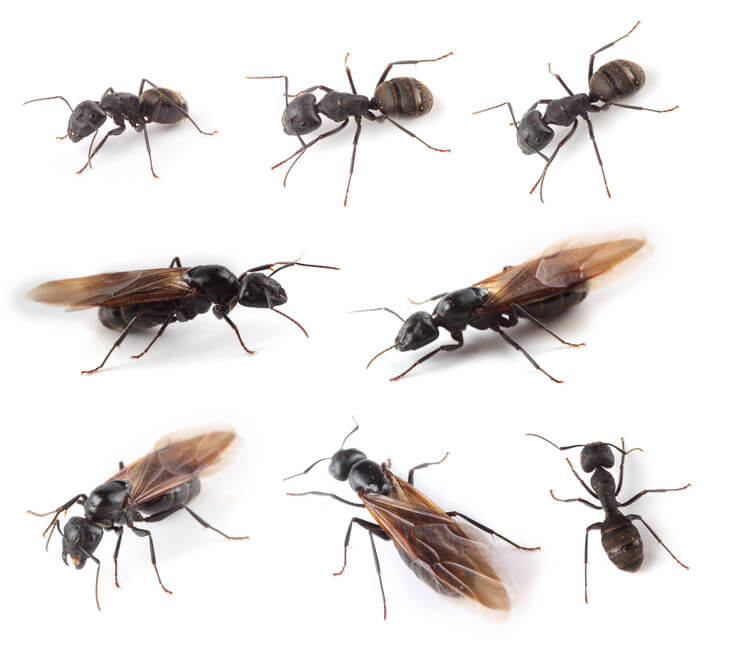 Most other insects have a juvenile stage before they become fully grown adults.

Ants, however, don’t have this stage.

They go immediately from their larval stage to their adult stage.

Once the ants are adults, several factors determine how long an individual ant will live, including their gender and the role that they will play in their colony.

When determining how long do ants live, genetics play a huge role.

If an ant is born male, it will have a very short life, only long enough to develop into adulthood, mate with the queen once, and die.

Queens of an ant colony, on the other hand, can live up to 20 years.

This varies among species, but in every instance, queen ants live significantly longer than the other ants.

But how long do ants live if they’re not male, but they’re also not the queen of their community?

Worker ants, the ones you see coming out of the nest and potentially into your home, are infertile females.

A queen ant will only give birth to a handful of fertile ants in their lifetime, and those lucky girls will grow up to be queens themselves.

A larger percentage will be males, but the other thousands that make up the majority of ants born into a colony will be sterile female workers. 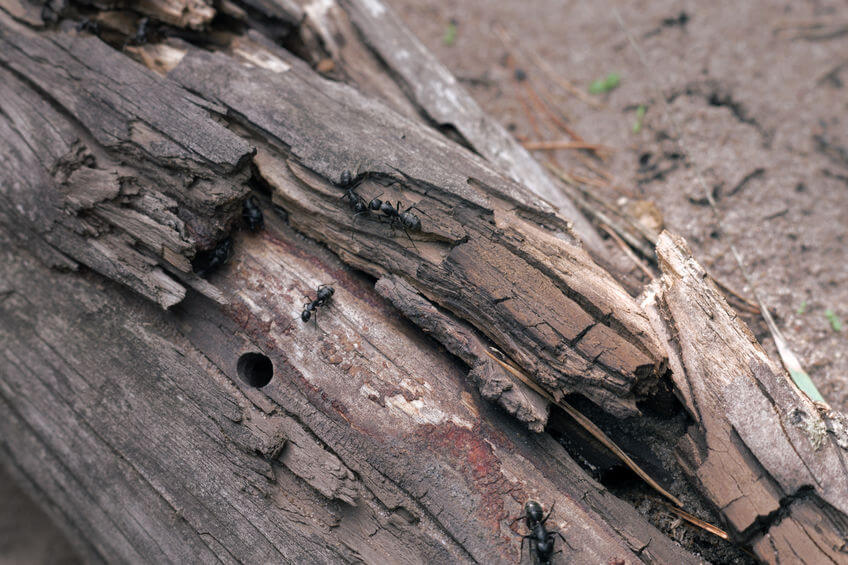 Worker ants can live for about five years, depending on the species.

However, these females leave the nest, unlike their brothers and sisters.

That means they are exposed to dangerous elements outside their world.

They can be eaten by predators, poisoned by pesticides, and crushed by anything larger than them — so everything.

For that reason, many of these ants don’t live to see their golden years.

How Long Do Ants Live Without Food?

No animal can thrive if they don’t have access to the food they need.

The life of an ant can be brutal, but ants are very sturdy and evolutionarily advanced.

They’ve figured out how to keep living even in the harshest of conditions.

Worker ants aren’t just responsible for feeding themselves, but they also have to feed the queen and all of her babies.

Because they understand that their lives aren’t as important to the future of the colony in the long run, worker ants will sacrifice themselves and eat less food, giving everything to those that will keep the species alive.

The starving worker ants will die off after going without food for so long, but the smaller number of mouths to feed can help the colony to bounce back.

How Long Do Ants Live In An Ant Farm?

In fact, they even make gel ant farms now where the gel (which is also a food source) is eaten by the ants as the tunnel through the gel. 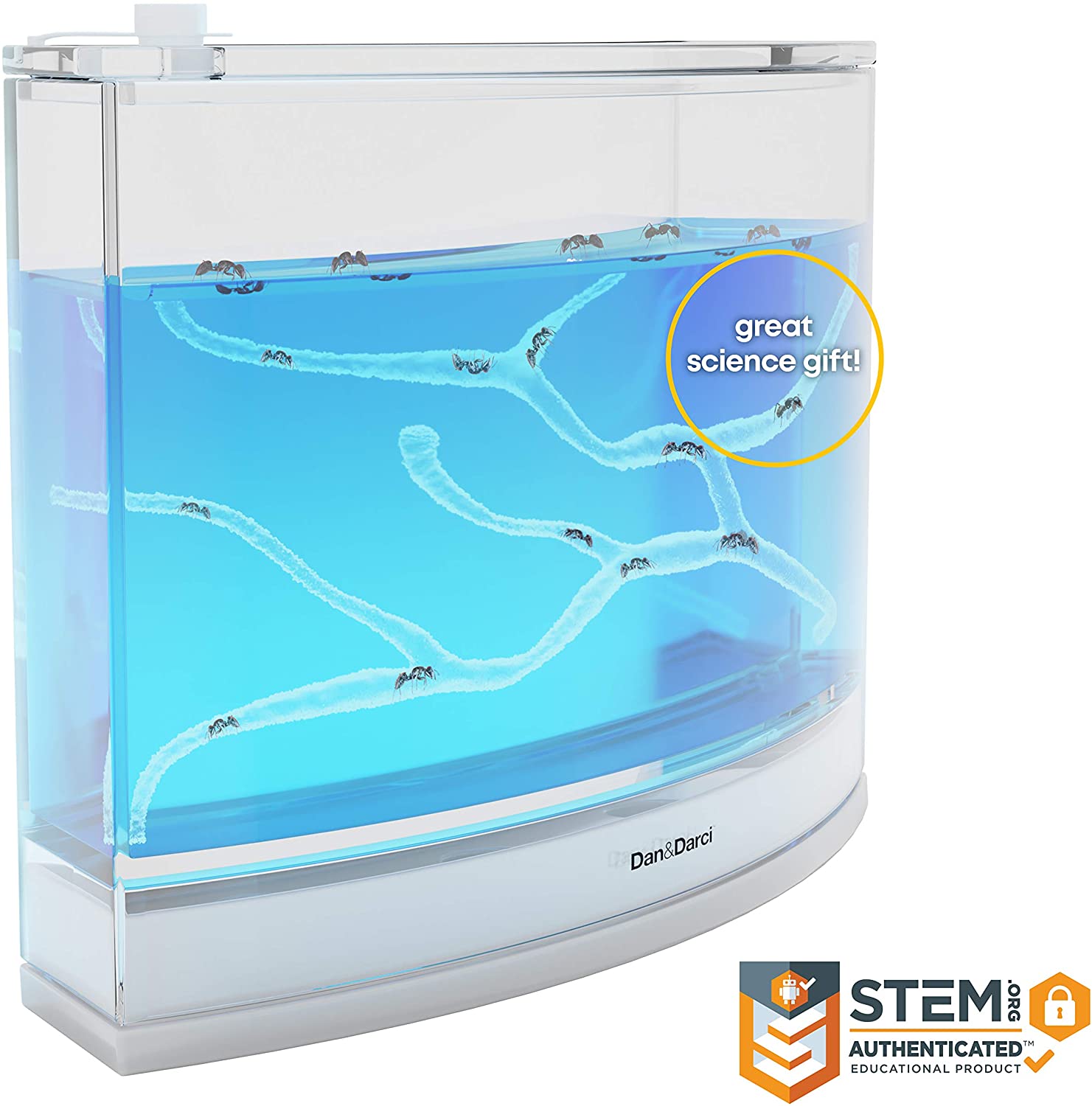 This gel is clear, making it extremely easy to see the ants and all of their creations.

Although every captive colony of ants will be different, you can expect the ants inside your ant farm to live for about 6 months.

Like most insects, there is a huge variety of ant species whose life spans differ from one another.

Environmental and behavioral factors can play into this.

If you’re trying to determine the life span of an ant that lives in or around your home, identifying the species will give you a much more accurate answer.

Not every species of ants lives such a long time.

Thief ants, for example, only live up to a year. That includes their queens.

Fire ants or red ants, don’t live very long either, which is good news to anyone who has been bitten by one. 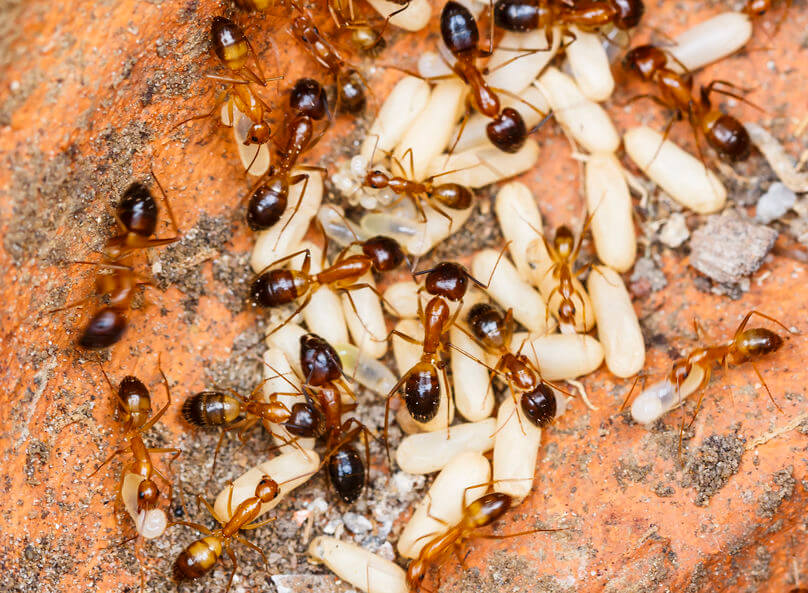 Fire ant queens can live for several years, but the workers often die after about a month.

Bullet worker ants only live about three months, and their queens live for a year or two.

Sugar ants also only live for a couple of months, but their queens tend to live longer — about seven years.

Other species, like pharaoh ants, Argentine ants, and harvester ants, live anywhere from a few months to 20 years.

Unfortunately, some of the ants that love to invade your home can hang around for decades.

Black garden ants can live for up to 15 years in good conditions. 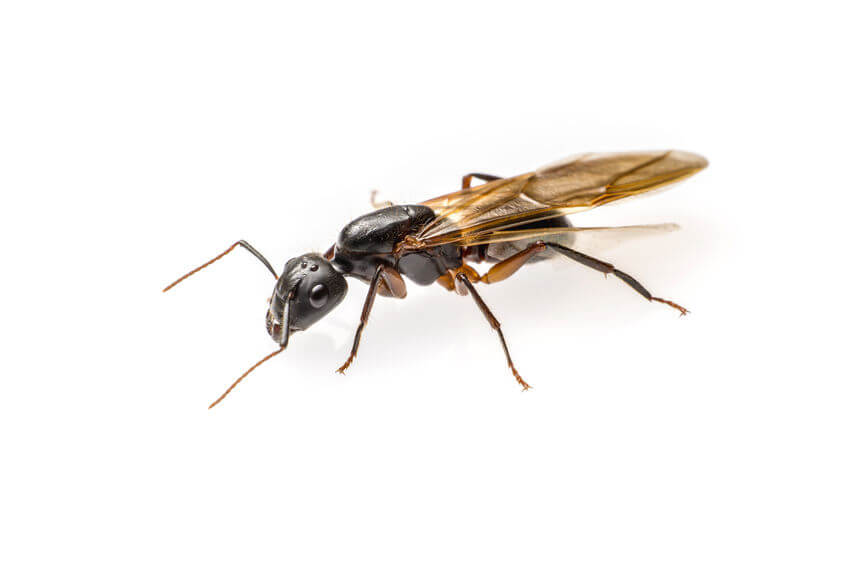 Carpenter ants, which can burrow into the wood beams of your home to build their nests, can live for up to 20 years.

You can imagine how much damage they can do in that much time if left alone.

Some homeowners have had to spend thousands repairing their homes after carpenter ants invaded and built colonies within their walls.

Flying ants are another worrisome pest, as they are more threatening than other wingless ants.

Flying ants can live for up to 20 years as well.

If any ant species decide to make themselves comfortable in your home, you need to work fast to evict them.

Many household items can be used to effectively drive most ant species from your home and keep your food safe.

However, if the infestation is too much for you to handle on your own, you can always turn to the professionals who can step in and make your house pest-free once again.