Making a homemade mosquito trap can sound very appealing if you're getting swarmed and bitten every time you go outside.

I think it's pretty safe to say that no one enjoys being attacked by mosquitoes, so many of us turn to sprays, foggers and even essential oils to help reduce the amount of mosquitoes in our yards.

However, not everyone likes to spray chemicals around their lawn, especially if you have young children or pets.

So is there a DIY mosquito trap that actually works?

Or is it just a myth?

If you've been on social media or looked into a DIY mosquito trap, you've probably heard about the trap that uses a 2 liter pop bottle, brown sugar and yeast to create a trap that claims to wipe out mosquitoes by the thousands.

In fact, the trap went viral online but does it actually work?

The short answer is no. 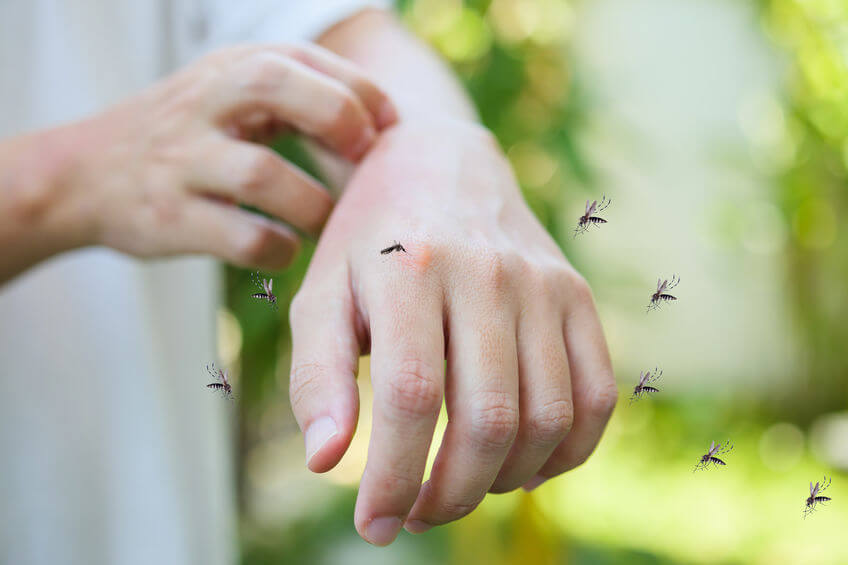 In theory the yeast mixes with the sugar creating carbon dioxide which is supposed to mimic why they're attracted to people.

It sounds like it should work, so I made my own trap and placed it outside for several days in a spot I knew contained mosquitoes.

After several days I didn't catch a single mosquito.....but I did catch some fruit flies.

I'm not the only one though that had dismal results.

After checking out a few other sites that featured this trap, there were a lot of comments from people who tried the trap only to find it didn't work.

So, if you're looking for the perfect homemade mosquito trap you can check this one off your list.

This DIY trick works similar to the popular Mosquito Magnet except it doesn't use any scents or fuel, just a powerful fan to suck up the mosquitoes and dehydrate them.

For best results it's recommend you use a high velocity fan, but since most of us don't have one of those, a common box fan will work, just not as well. 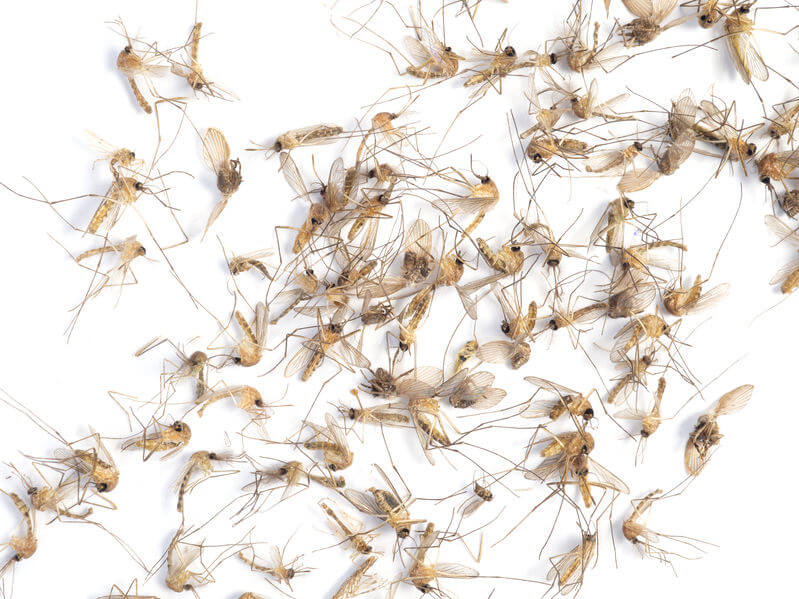 To make this trap take mosquito netting and secure it to the backside of the fan.

The suction from the fan will suck the mosquitoes to the netting and prevent them from being able to fly away, eventually causing them to die from dehydration.

You can also dilute rubbing alcohol at a 50/50 mixture of alcohol and water in a spray bottle and spray the mosquitoes and netting to prevent them from excepting the trap.

While this method does work, the cost of a high velocity fan is expensive and you also have to consider the cost of running one for 24 to 48 hours at a time.

A Mosquito Trap That Actually Works

I wish there was a perfect homemade mosquito trap that works wonders.

Although some ideas will catch mosquitoes, there really isn't a "secret" trap that I would recommend.

Sometimes it's best to buy a trap that's proven to work.

I've used the DynaTrap for several years and I love it.

It uses a fan like the method above, but it's extremely quiet and also uses a UV light to attract a variety of flying insects plus it has a Ti02 titanium dioxide-coated surface which creates CO2 to attract mosquitoes. 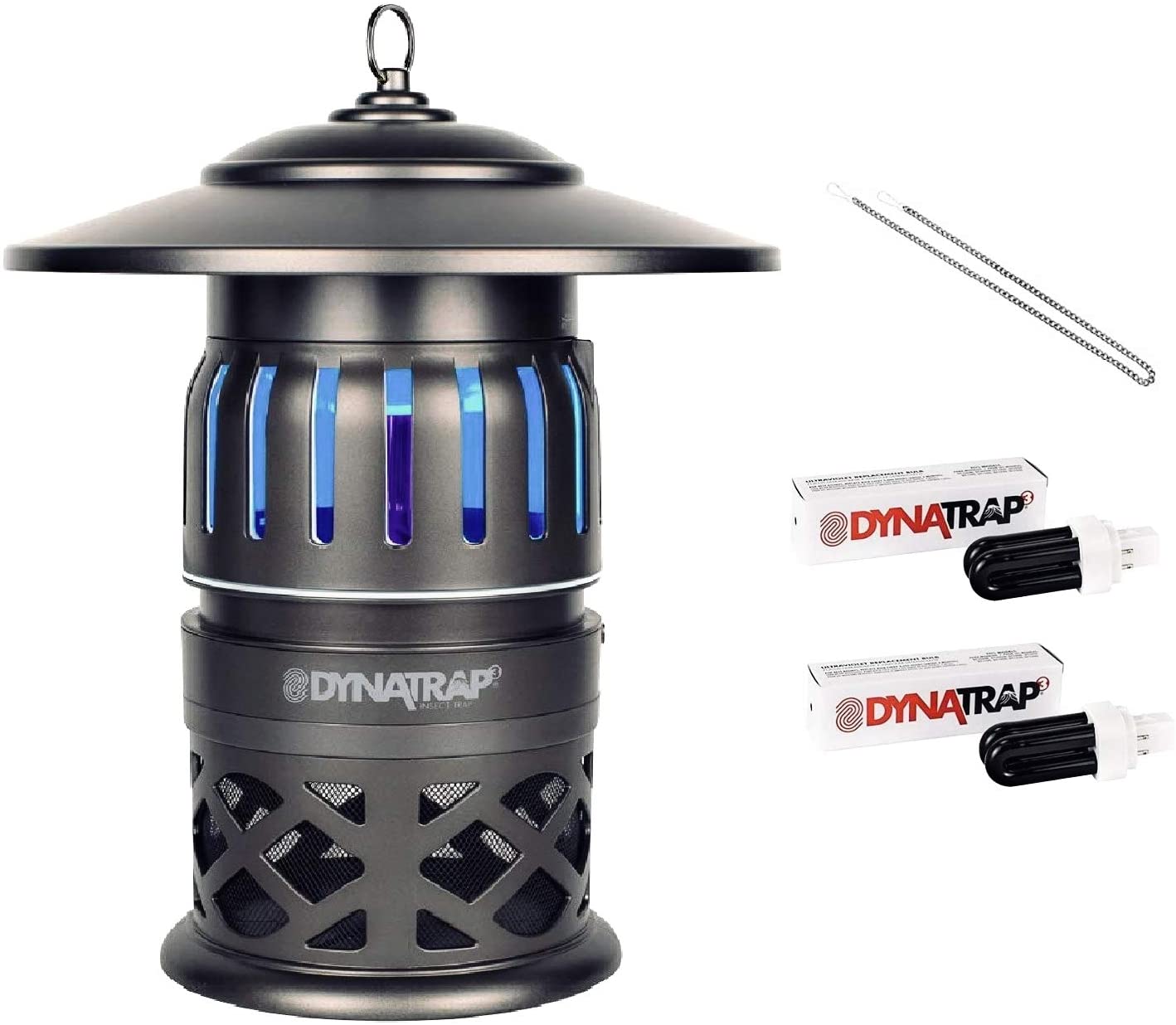 I like it because you can just plug it in, so you don't have to worry about changing batteries or adding any attractants to it.

There are several different sizes to choose from (each size is rated for different coverage areas) and although they're a little pricy, I think they're worth the money.

No matter which model you choose, remember that getting rid of mosquitos is a multi-step process.

You also need to disrupt their lifecycle by removing anything that collects sitting water.

Mosquitoes breed in these stagnant water areas, so old swimming pools, buckets or wagons that are collecting water should be emptied out.

If you're looking for an easy way to make an effective DIY trap, don't waste your time with the homemade mosquito trap that uses a 2 liter bottle mixed with sugar and yeast.....it just doesn't work.

Instead, consider a small fan operated unit that uses UV light to help attract the bugs.

They're small, quiet and they work surprisingly well!