There's no argument that moles can drive you crazy.

We've all been there, you go to bed one day to a beautiful lawn or garden that you've worked so hard to create.

Then, you wake up the next morning to tunnels and piles of dirt everywhere.

Where did they come from and how can you get rid of them? 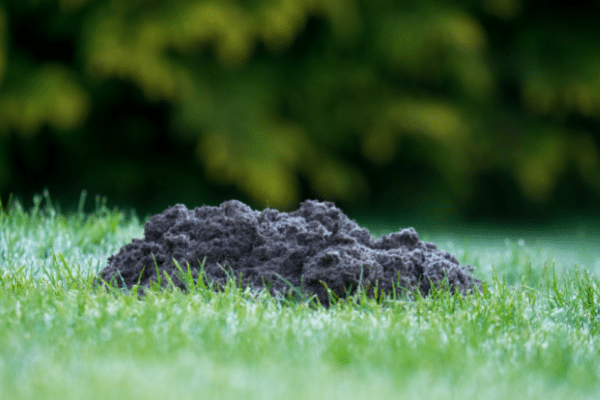 Although many people try poisons, electronic deterrents and even chemicals, an old fashioned trap is the best way to kill a mole.

Here's the good news, trapping a mole is actually really easy if you follow a few basic steps.

Plus, with the exception of breeding season, moles usually live alone.

This means the zig zagging tunnels you see in your lawn are probably caused by just one or two moles.

So, if you trap the one or two moles burrowing through your lawn, your mole problems will be over for a while unless another one moves in at a later date.

The first step in successful yard mole removal is to locate an active tunnel.

Although a mole will create several tunnels as it searches for food, only a few sections of the tunnel are used on a regular basis.

The short zig-zag tunnels that run in multiple different directions are feeding areas.

These short tunnels are not good spots to set a trap because there's a really good chance the mole will not travel this path again.

Yard mole removal works the best when you set traps on active tunnels that are used on a regular basis.

Active tunnels usually run in a fairly straight line and originate from a nearby wooded or grassy area. 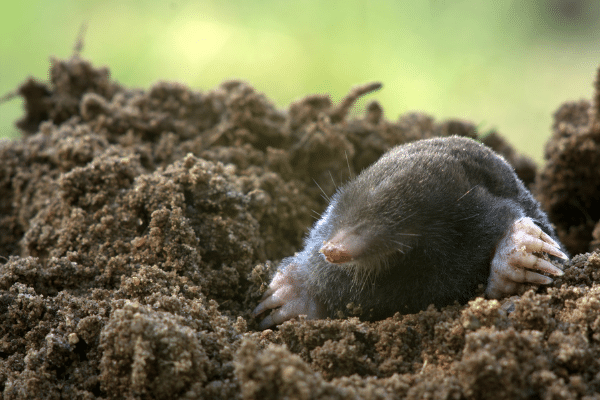 They can also run along sidewalks, a driveway, or your homes foundation.

To determine if a tunnel is active simply step on a 6-8 inch area of the tunnel and check it the next day.

If the dirt is raised again the tunnel is being used by a mole.

If you're new to trapping and don't feel comfortable handling steel traps and dead moles, the Tomcat mole trap is a great choice.

It's a scissor trap which means the mechanical jaws on the trap are set below the surface reducing the possibly of injury.

Plus you can set the trap with your feet and remove a dead mole without even touching it, keeping your hands and clothing clean. 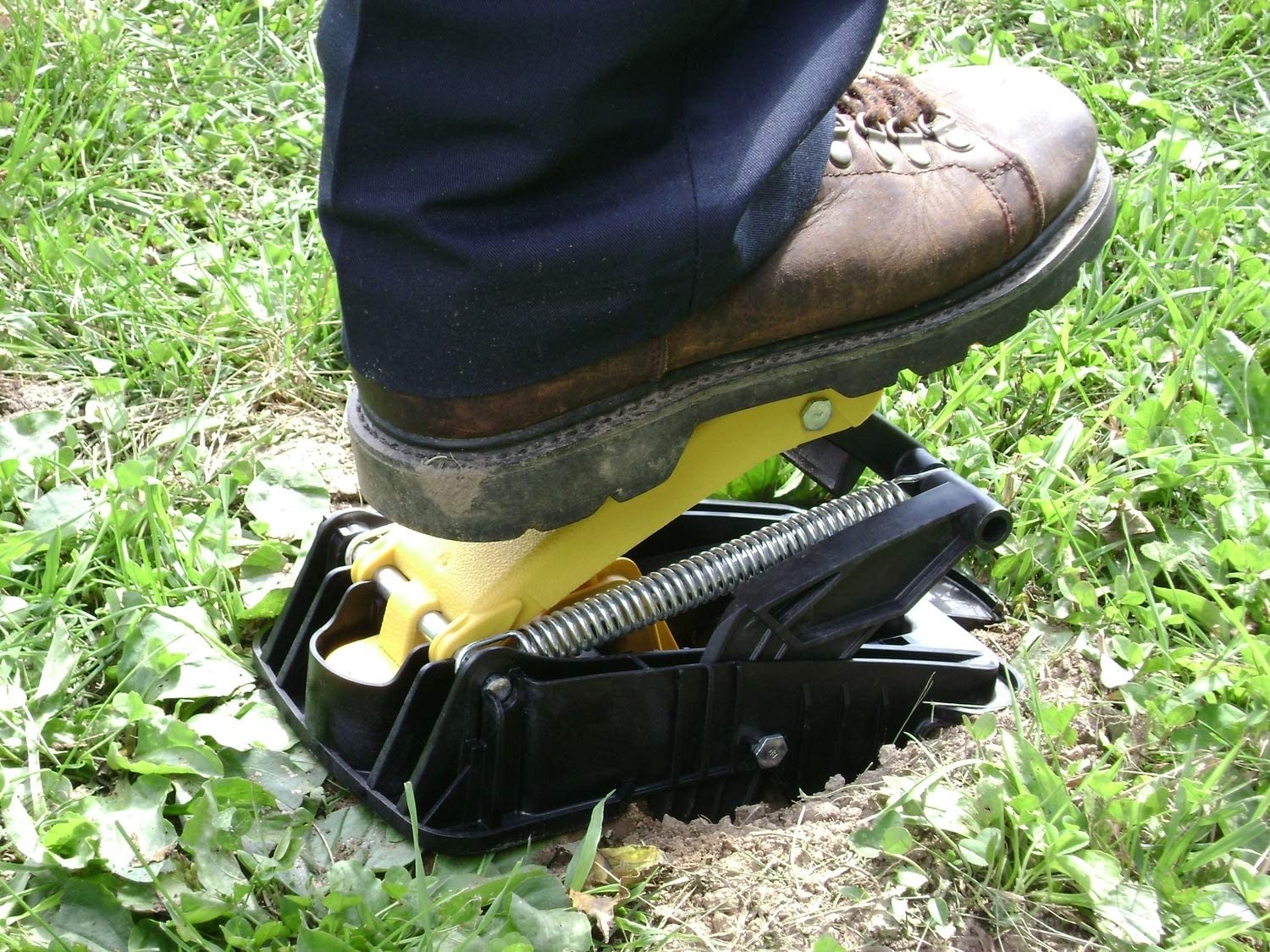 I've trapped a lot of moles with the Tomcat mole trap.

The only downfall to using the trap is its plastic design.

I've never had an issue with it, but you definitely have to be careful when setting one in hard soil.

When setting a mole trap, remember not to set a trap on one of the raised dirt mounds in your lawn.

As a mole tunnels through your lawn it also leaves behind small mounds of dirt that resemble a volcano.

These mounds are poor trap locations and should be avoided.

The picture below shows a couple of mounds that were created by a mole but would be a poor location to set a trap. 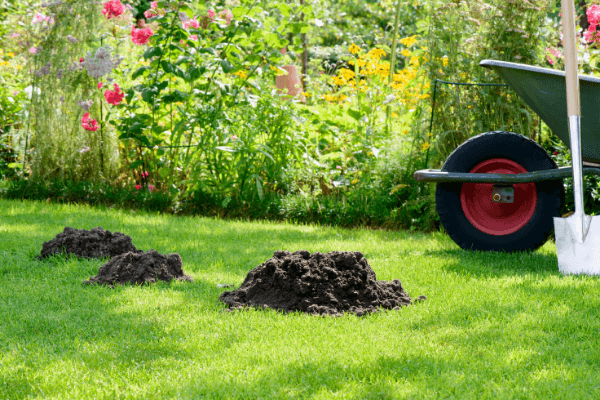 Only set your trap in an active tunnel.

If your trap does not catch a mole within the first 48 hours, move it to a new location.

How To Prevent Moles In Your Yard

Depending on the climate, amount of moisture in the ground, and breeding season, moles often appear without warning.

Spring and fall are usually their most active time of year and this is usually the best time to trap them since the grass is short and new mole activity is easy to spot.

Plus, spring and fall are typically months were we see a decent amount of rain that keeps the soil moist.

This wet soil keeps earthworms closer to the surface which in turn causes the moles to tunnel just below the surface as well.

Mole activity isn't as noticeable in the dry summer months because the earthworms are deep under the surface, which drives the moles deeper as well.

Once you successfully trap the mole, keep an eye on your lawn for any fresh tunnels or activity.

Reset your mole trap any time new activity is found.

Although a mole doesn't do any real damage to the environment, they're very destructive to your lawn and garden.

As they tunnel under the surface they uproot plants and destroy grass roots leaving behind a raised path of brown grass.

To keep your grass or garden looking great and mole free, consider using a mole trap instead of poisons and chemicals.

I think you'll be surprised how well they actually work!