Where Do Raccoons Live

If you're asking yourself the question "Where do raccoons live?" chances are you had a recent encounter with one around your home, barn, garden or garage.

Although they may look cute and innocent, raccoons can carry a variety of diseases and cause a lot of damage to buildings, pets and small animals like chickens, ducks and rabbits.

From a distance a raccoon can appear friendly, almost like a small teddy bear but once cornered or caged, a raccoon is a fierce fighter.

Using its sharp teeth and claws, a raccoon can easy injure a dog that ventures too close.

In fact, when confronted by a dog, raccoons are notorious for laying on their back until the dogs face gets close. 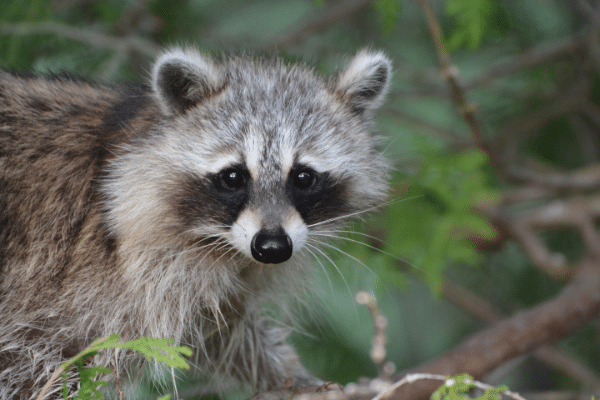 Then, the raccoon will wrap its body around the face of the dog almost like a hat, where it bites and scratches and snarls.

I've watched this countless times when I ran coonhounds.

A large raccoon can cause a lot of damage to a dogs face, ears and mouth.

Where Do Raccoons Live In The City?

Raccoons are very adaptable animals and they thrive in city environments.

In urban settings they will live in attics, barns, abandoned vehicles and even under foundations.

They will also travel several miles, so a hollow tree just outside the city limits is a great spot for them to live.

They will travel through storm drains, feed in dumpsters and eat just about anything they can find. 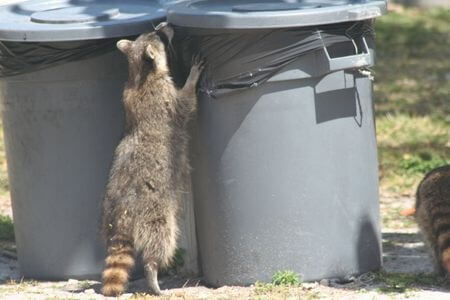 Once they find an easy food source, raccoons are a creature of habit.

They return night after night for an easy meal.

Although they don't hibernate, a raccoon will become less active during the cold winter months.

During these cold nights, a raccoon may not come out of its den or sleeping area for several days.

Do Raccoons Live In Trees?

Hollow den trees are a great living environment for raccoons.

Since they're excellent climbers, a tall tree with a hole in it makes a perfect spot for a mother raccoon to raise her young. 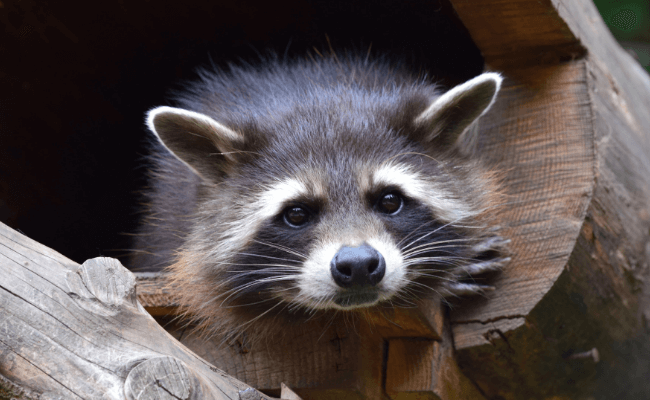 These den trees offer shelter from cold winter nights and protection from the hot summer sun.

An adult raccoon will have several different den trees and may sleep in a different location every night.

Where Do Raccoons Live Inside And Around Your Home

Once a raccoons finds your bird feeder, garbage or chicken food, they're not going to stop coming back until you either remove the food source or you trap the raccoon.

This year (the summer of 2019) I quickly experienced a raccoon problem around my garbage and around my chicken coop.

It all started when I found a raccoon inside my garage chewing through a brand new bag of chicken food.

Then, that same night I watched 3 raccoons circle the chicken coop looking for a way to get inside.

A live trap works great for safely getting rid of unwanted raccoons.

Havahart makes a great trap and I've used mine for years to catch a variety of different animals.

So needless to say, the next day I set my live trap near the chicken coop and over the next week I caught 5 raccoons.

I baited the live trap with a small dish of chicken food since I wanted to reduce the chance of catching a non-targeted animal like a skunk or the neighbors cat.

Plus, I was pretty sure they were circling the chicken coop trying to get to their food, so that made the decision pretty easy.

When setting a live trap, just make sure the trap is level and does not rock back and fourth.

Also, take some nearby vegetation and place it over the trap to make it look like a tunnel or hole.

Raccoons are much more likely to enter a dark place, as opposed to a trap that's out in the open.

You should catch a nuisance raccoon the first night.

In fact, the first night I set my trap out I caught 2 in the trap at one time!

That's pretty rare, but it just shows how well a simple live trap will work.

Where Do Raccoons Live - Overall

Where do raccoons live?

They're extremely well adapted to urban and rural environments.

They can make a den out of just about anything and it's hard to find a food they won't eat.

If you see a raccoon around your home, hear one in your attic, or find your garbage can tipped over, you have a raccoon problem.

Plus, it's generally not just one single raccoon, it's more than one.

To get rid of them, just set out a live trap and you should be able to get control of the problem in just a few nights.