Trapping groundhogs doesn't have to be difficult.

Although groundhog is their official name, many people refer to them as woodchucks or whistle-pigs.

They're called "whistle-pigs" because they use a high pitched whistle sound to warn other groundhogs of danger. 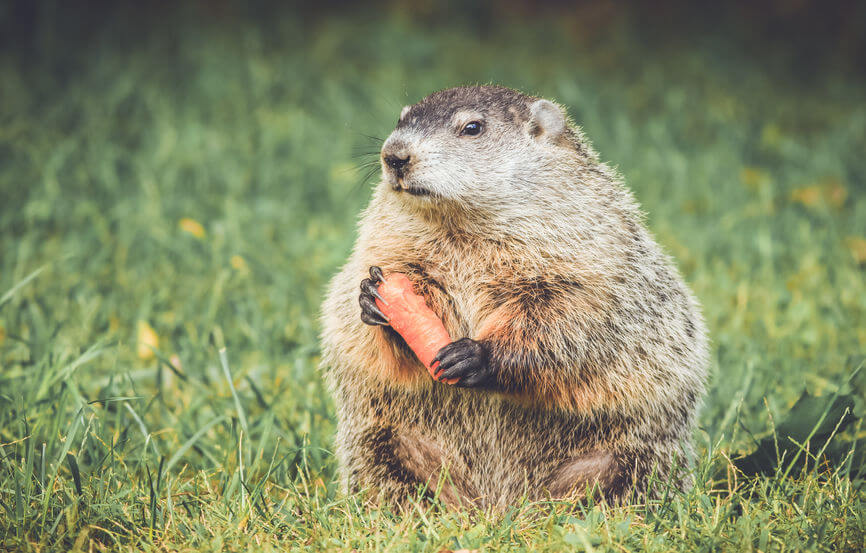 Groundhogs are rodents and they're pretty common throughout the northeastern and central parts of the United States, as well as parts of Canada.

They weigh about 4-9 pounds on average but they can grow up to 31 pounds if they live in an area that has an abundant food supply.

They're mostly herbivores which means they like to eat vegetation and various types of grass, but they will occasionally eat grubs, snails and other small insects.

They use their burrows as a place to hide, raise their young and to hibernate throughout the winter.

For many people, groundhogs become a problem when they dig burrows or invade gardens.

Since the burrows can sometimes be large, burrowing under a building can cause structural damage and burrows in a farm field can cause damage to tractors and equipment.

Many people notice groundhogs when they start eating tomatoes, peas and other vegetables inside their garden.

Since they love fresh vegetables, a garden is hard to resist.

Many people choose to trap groundhogs to get rid of them.

Some choose to shoot them with a small caliber rifle like a .22 but it's not very easy.

Groundhogs are always on the lookout for danger.

You commonly see them standing on their back feet looking for anything suspicious. 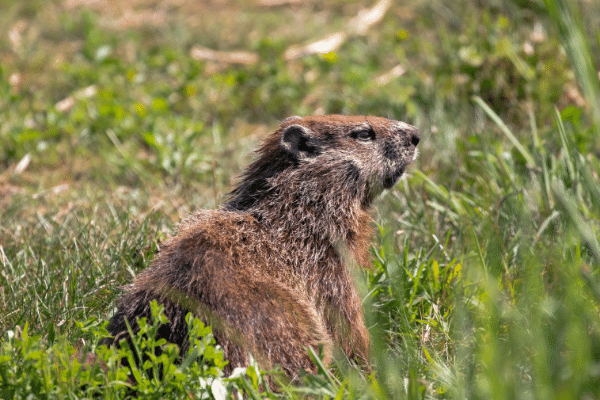 It's pretty hard to sneak up on a feeding groundhog and they don't venture far from their burrow.

To trap a groundhog you have three basic trap options.

A body gripping trap known as a conibear trap, a foothold trap or a live trap.

Setting a #160 or #220 body gripping trap or a #1 1/2 foothold trap at a burrow entrance works well, but since this increases the odds of an accidental catch of a non target species, the live trap is often the preferred trap.

There's two ways to live trap a groundhog with a live trap.....with bait or without bait.

When using bait, I always prefer the single door trap.

To set one, place the trap near the groundhogs burrow.

Set the trap on level ground and make sure it doesn't rock back and fourth when the animal goes inside.

Place a little dirt or vegetation on the bottom of the trap where the groundhog will walk. 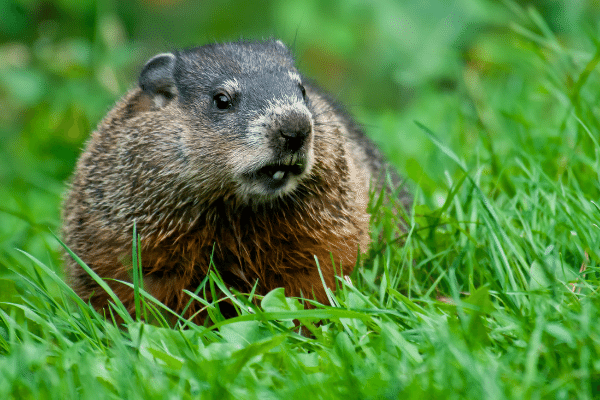 This will help prevent the groundhog from becoming spooked when it feels the steel cage on its feet.

It's important to reduce the amount of human scent on the trap as much as possible.

Using rubber gloves when handing the trap will help.

If you've ever watched a groundhog near a live trap, most of them will smell the trap before they enter.

Don't just add one slice of apple or one carrot.

A "decent" amount of bait seems to work the best.

Place a few small pieces of bait at the entrance to the trap or just inside of it.

Place the remaining bait behind the trigger pan.

If you're having difficulties getting the groundhog to eat the bait you can use a 2 door live trap without any bait at all.

For this method of trapping groundhogs take wire mesh, netting or wood and funnel the animal into the open trap.

If the animal is burrowing under a building, place the netting in a "Y" shape which tapers into the live trap.

As the animal comes out of the burrow it will naturally be funneled into the open live trap.

Since the live trap has 2 doors, the groundhog will naturally walk through the open trap, step on the trigger pan and get caught inside.

After You Trap The Groundhog

After you trap the groundhog you need to determine if you will relocate it or euthanize it.

Some states have laws that prevent you from relocating a groundhog or releasing one on public land.

If you decide to release the groundhog they can be somewhat aggressive animals so use caution.

Covering the trap with a towel wil help calm the animal down.

Stand behind the live trap and use a pair of leather gloves when you open the door.

You can also tie a rope to the door and open it that way if you want.

Trapping groundhogs is one of the best ways to control their damage and nuisance burrowing, and the good news is you can do it yourself!