Chances are you've never thought about trapping porcupines until they've either chewed on something in your yard or one of your pets or livestock had an unforgettable encounter with one.

Why do porcupines chew on things commonly found around your house?

The animal has a strong attraction to salt which means they are attracted to the sweat left behind on tool handles, canoe paddles, gloves and any other object that might soak up sweat.

Porcupines also love to eat plywood due to the resins inside the wood. 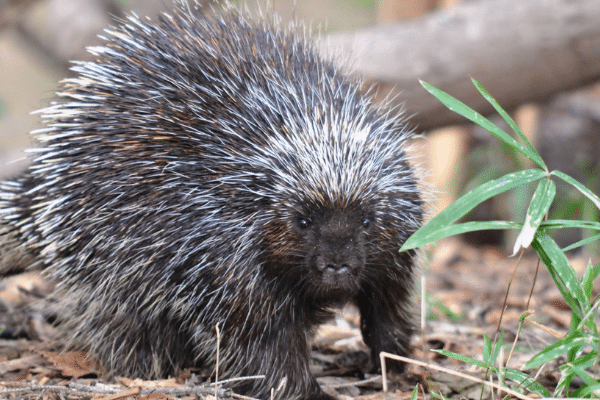 Siding on cabins, barns and other wood structures are all jeopardized by a hungry porcupine.

Although porcupines can cause expensive repairs to items around your home, the real danger is their sharp quills.

They are not typically aggressive, but dogs, cattle and horses have been known to nuzzle a porcupine which leads to a face full of dangerous quills.

Quills left inside your pet or livestock is painful and could be fatal if they're not quickly removed.

Facts About The Porcupine

Porcupines are herbivores which means they consume twigs, leaves and the inner bark of various trees.

They seem to prefer aspen, willow, ponderosa pine and cottonwood but they will eat almost any species of tree during their travels.

Most porcupine damage occurs in the winter when woody plants become their main diet.

They're nocturnal animals which mean they primarily come out at night, but it's not uncommon to see them during the daylight hours. 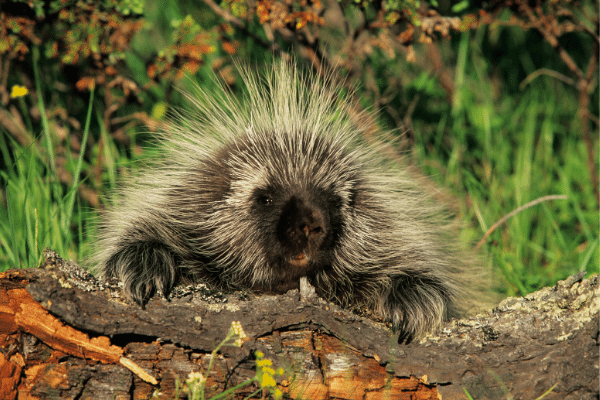 The Latin name for the porcupine means "quill pig" and there are about two dozen species of porcupines.

The North American porcupine is the only species that lives in the United States and Canada and it's the largest of all the porcupines.

The easiest trap to use is a live animal trap.

They can be found at a lot of local department stores or they can be purchased online.

Havahart produces an excellent live trap and they have sizes available for almost any animal type.

Choose a live trap that's designed to trap porcupines and other animals that are similar in size. 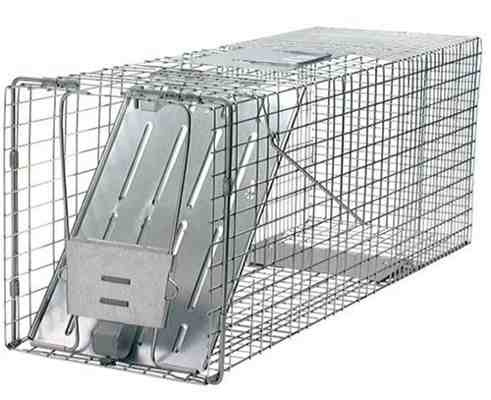 What's the best bait to trap a porcupine with?

Although there are other bait options like oatmeal or simply a dish full of salt, the apple and salt combination works great.

To bait the trap, cut up about 4 or 5 slices of an apple and sprinkle the salt on the cut wedges.

Put a little bit of the salted apple at the entrance to the trap and place the remaining ones behind the trigger.

As the porcupine walks into the trap to eat the salted apple, it will step on the trigger and close the trap.

Where's the best place to set your live trap?

Put it in the area where you have noticed porcupine damage or activity.

If the porcupine is still in the area they won't be able to resist the salted apples.

If possible check your trap early in the morning. 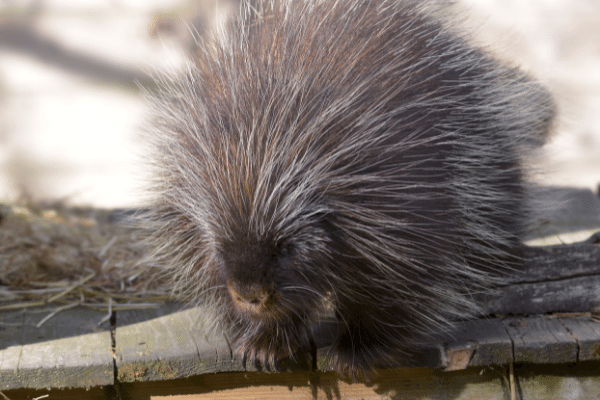 Since porcupines are nocturnal, chances are it will go into the trap sometime during the night.

Checking the trap early prevents the animal from sitting in the trap longer than necessary.

If you notice damage around your home or property caused by a porcupine, or your worried one might quill your animals, you can easily trap them yourself.

Trapping porcupines with a live trap it gives you the opportunity to relocate the animal if you choose, or you can euthanize them if it's necessary.

If you choose to relocate the porcupine make sure you're familiar with your trap and you can easily open the door to release the animal.

It's a little scary sometimes when you're holding the door open as the animal runs out.

To make things easier you can quickly open the door and prop it open with a stick or you can tie a rope to the door and open it that way.

Porcupines are not aggressive but it's a good idea to wear a pair of leather gloves when handing the trap.