Many landowners consider trapping badgers because of the damage they cause when digging for prey or making dens.

These dens and holes can injure livestock, cause problems to machinery when harvesting fields and even cause erosion along roadways or building foundations leading to expensive repairs.

Badgers can be found throughout most of the United States, ranging from the Great Lakes Region south to parts of Mexico, west to the Pacific Coast and north up to parts of Canada.

These stocky animals weigh around 15-20 pounds and have short muscular front legs with long claws that are perfect for digging. 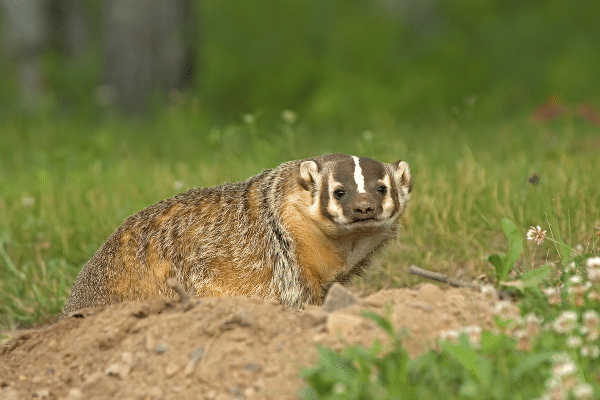 Badgers typically live in open areas such as pastures or open ranges that don't have a lot of cover or trees.

Badgers cause damage as they dig and search for their ground dwelling prey and since they're so well adapted for digging, they can cause a lot of havoc.

So, to prevent unwanted damage and injury, many landowners have turned to trapping as an effective way to control badger damage.

Or, if you're an avid trapper you can target badger for their fur.

Plus, badgers are actually pretty easy to trap and they don't require a lot of specialized equipment.

To learn more, let's look at some of the best badger sets and bait to use to quickly trap a nuisance badger, or to add another technique to your furbearer trapline.

To locate an area that contains badgers, look for a spot that has extensive digging or burrowing.

Badgers love to dig, so this is a telltale sign badgers are in the area.

Badgers are not that difficult to trap and the set you make does not have to be very elaborate.

A simple set that does not take a lot of time is all you need for a badger.

Also, it's not uncommon to catch a badger in a coyote set since they both prefer the same type of setup and are generally found in the same types of open terrain. 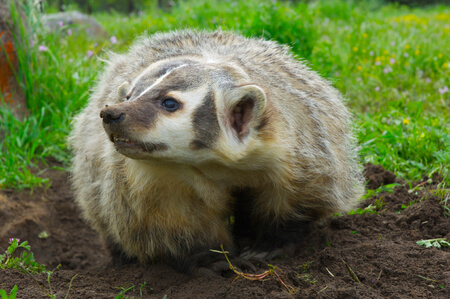 No matter which set you choose, remember, a badger will make a big mess at the trap site after it's caught.

To reduce the amount of damage at the trap site, a drag works really well instead of staking the trap.

It depends on the terrain, but a drag will allow the badger to get away from the trap site before it gets tangled, which allows you to reset in the same spot.

If using a stake, choose a long stake and make sure it's securely fastened into the ground, or use a double stake for even better results.

When selecting a trap, a Duke #2 coil spring works great.

Although you can use a variety of other traps, the #2 coil spring offers enough power to hold the badger and they're a versatile trap that you can also use for fox and coyote.

Badgers typically like stinky baits and any bobcat meat base lure will work great for a badger.

Since badgers are not picky eaters it's really just a matter of preference which brand you choose.

A couple of great baits to use are Mark Junes predator bait or Locklear's predator paste.

They're both great formulas and can be used on a wide range of furbearers.

For a lure, the Boss Dog Lure works really well.

It's made for coyotes, but badgers seem to love it.

Placing a little bit of the lure on the lip of a dirthole set along with some predator bait seems to do the trick.

Although you can trap a badger in a lot of various sets, the following three sets are easy to make, and they work great for badger.

Plus, as an added bonus, you might even trap a coyote.

The dirt hole is an easy set to make.

The purpose of the set is to mimic a spot where another animal has hidden food inside the hole for later use.

It's simply a slanted hole dug into the ground in front of some "backing" which could be a rock, tall clump of dirt or grass or anything else that protrudes from the ground that's unique. 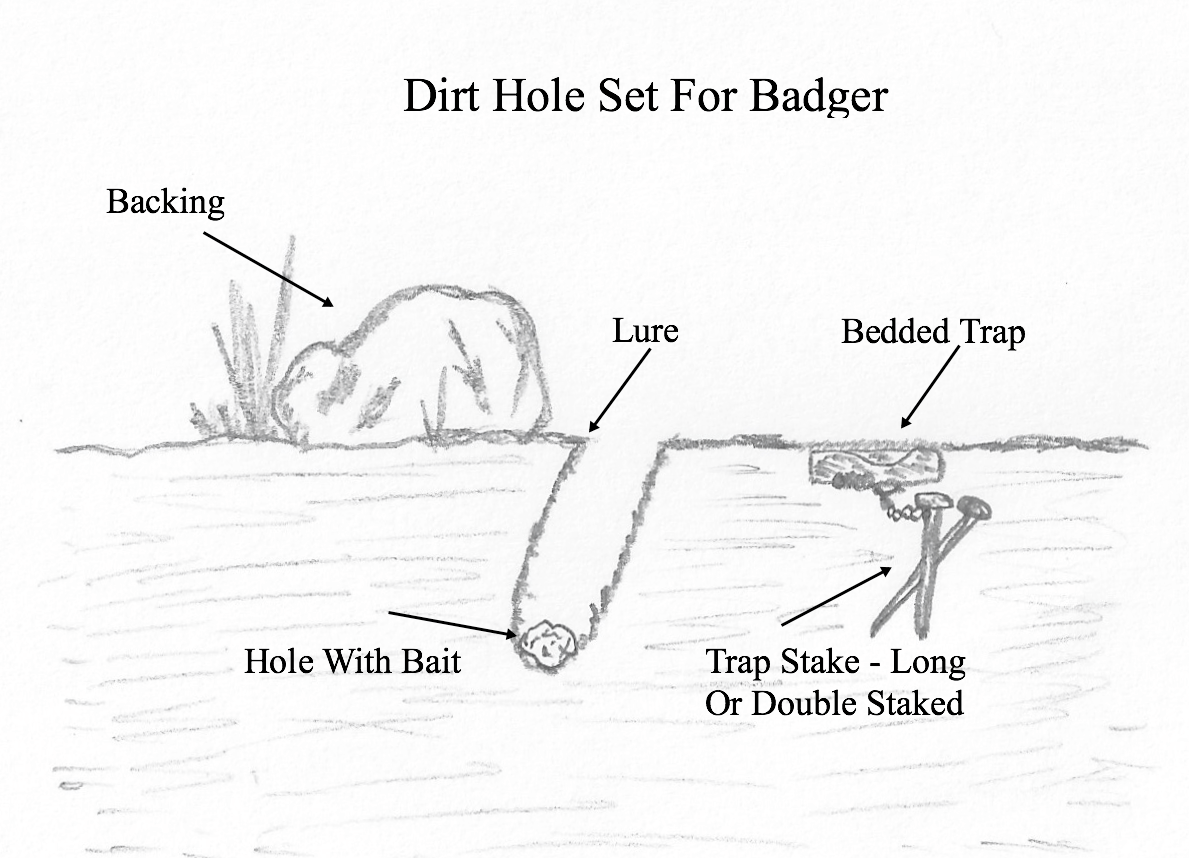 The backing prevents the badger from entering the trap from behind and increases the chances it will enter from the front, into your trap.

Once the hole is dug, dig a small bed for your trap in front of the hole, stake your trap or attach it to a drag, then bed and cover the trap with sifted dirt.

It's quick, it's easy and it works great!

The double dirt hole is similar to the single dirthole, however 2 holes are dug about 2-3 feet apart and they're angled in towards each other.

Next, bed the trap centered in front of the two holes.

This set basically creates an "x" pattern and it's intended to catch the badger as it approaches from either angle towards the angled dirt holes.

Add some bait to both dirt holes and place a little call lure on a stick or log between the two dirt holes.

The trench set works great when you can find a spot that has thick grass or vegetation that prevents the badger from entering the set from the sides or rear.

To make the set, clear a small path or trench about 1-2 feet long and about 10 inches wide (roughly the width of a shovel) into the grass or brush. 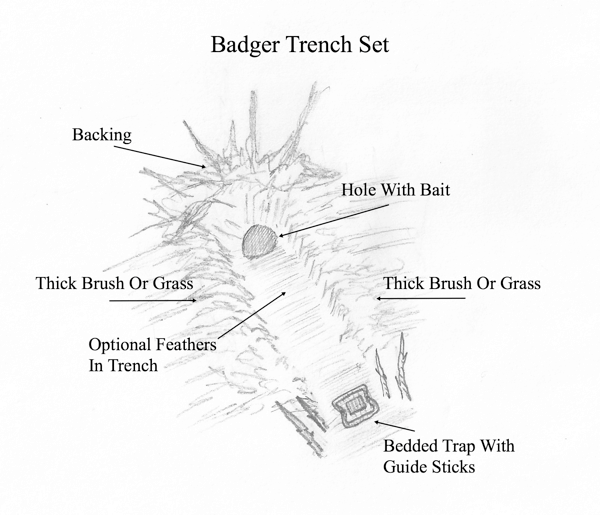 At the back of the trench, dig about a 10 inch deep hole on a 45 degree angle and add some bait into the hole.

Next add some feathers towards the backside of the trench, throwing a little dirt over the feathers to keep them from blowing away.

Now, bed the trap in front of the trench and use a few guide sticks on both sides of the trap to help guide the badger into the trap.

To add additional appeal, try hanging a feather as flagging above the trap area if the landscape allows.

This will help lure the badger into the trap area.

If you're interested in trapping badgers, don't make the process harder than it has to be.

Simply look for an area that has badger sign, make one of the easy sets listed above and you'll have a badger in your traps in no time at all.