The Difference Between Ants And Termites

What’s the difference between ants and termites?

Most people think that ants and termites are the same thing, but they are not.

Ants are social insects, and while termites are also quite social, they don’t have the extensive social connections that ants do.

What each type of insect feeds upon is different too, with termites consuming primarily wood (which is unfortunate for your home) while ants feed on plants and other foods. 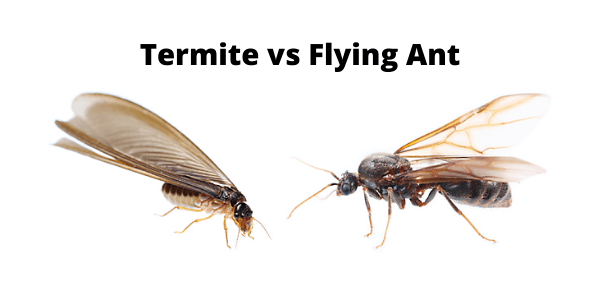 That said, there are also some similarities that these two species share.

What Do Ants And Termites Have In Common?

There are more than 10,000 known species of ants in the world.

Though most are prevalent in tropical forests, ants can be found on just about every landmass on Earth (everywhere except Antarctica and a few remote islands, in fact).

Termites too, can be found just about everywhere (except Antarctica).

There are also quite a few termite species that we know about, though only about a third of what’s been discovered with ants.

Despite the many species of both ants and termites, it is generally only one species of ant that is confused with termites - the carpenter ant. 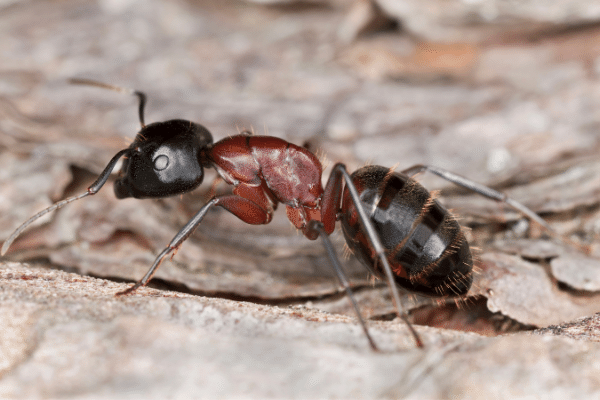 What's the most important?

Both species are notorious for the damage they cause to wood.

Most ants that fall within the carpenter ant group are about the same size as termites.

They both swarm in the springtime to mate and can be incredibly difficult to eradicate, often causing severe damage to a home, barn or other wooden structures.

Physical Differences Between Ants And Termites

Although most people tend to focus on the similarities between ants and termites, it’s important to know the difference between them so that you can carry out the appropriate pest control strategy.

One of the easiest ways to tell the difference between ants and termites is by looking at them.

While the two look similar at first glance, closer inspection will show you that the body shape is different.

Termites do not have waists - instead, they have bodies that are more rectangular without any narrowing in the middle. 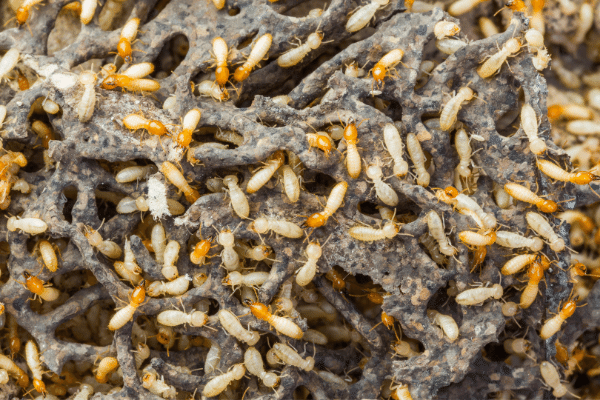 Not only that, but termites have antennae that are straight and beaded while carpenter ants have bent antennae.

Both termites and carpenter ants (among other species of ants) have four wings.

However, termite wings tend to be of equal shape and size, with wings that are longer than the body.

These fall off easily, while carpenter ants have wings that are of equal proportion of the body and do not fall off with ease.

Finally, carpenter ant workers (which are the ants you are most likely to see in your home) are dark brown or red in color.

Termite workers are light or creamy white in color.

Because they tend to avoid light, they are rarely noticed unless you happen to disturb their nest.

Behavioral Difference Between Ants And Termites

Although carpenter ants and termites both have the ability to damage wood, the way in which they work with wood is different.

Termites actively eat the wood in which they plan to nest, while carpenter ants simply dig through it.

Ants don’t eat the wood but instead push it out of the way.

As omnivores, ants don’t have any desire to eat the wood - instead, they eat seeds, nectar, insects, and food debris that they find.

Because of this, if you notice piles of wood shavings beneath holes, then it’s a good chance that carpenter ants are to blame.

Not only that, but termites will dig right into any type of wood, while carpenter ants generally only chew damaged or moist wood. 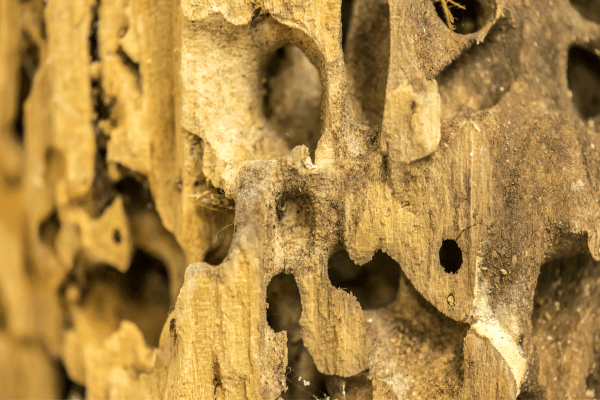 The tunnels look different, too, with termite galleries being rough and ragged (since they’re filled with layers of mud and soil) and ant galleries appearing smooth and finished.

Last but not least, if you notice any mud tubes left behind, this again is the work of termites.

The life cycles of the two types of insects are different too.

Both live in large colonies with designated caste systems.

However, ants have four stages of development - the egg, larvae, pupae, and adult.

Termites, on the other hand, have life cycles that include only the egg, nymph, and adult phases.

Termites can live for an extraordinarily long period of time - a couple of years for workers, with queens living for decades.

The reproductive cycles are similar, with fertile termites and ants flying from their nests to mate and form new colonies.

Ant males die after mating with the females, but that is not the case with termites.

Both termites and ants lose their wings after they have mated.

Differences In Controlling Termites And Ants

Knowing the difference between ants and termites is crucial if you want to execute a successful pest management plan.

Carpenter ants are often easier to control, since they can be eliminated by getting rid of the conditions that attracted them to your home in the first place (such as removing damp or damaged wood or food sources).

Termite infestations on the other hand, are quite tricky to control. 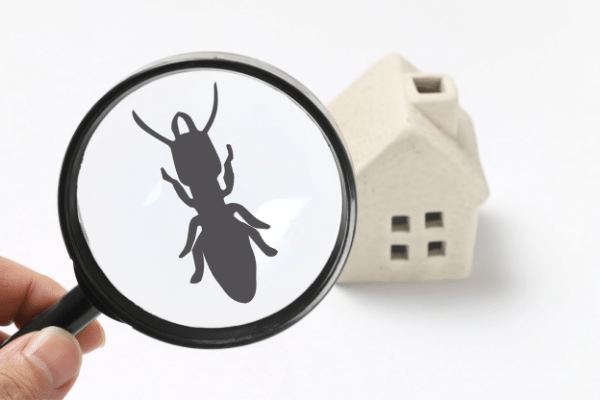 If you notice any type of insect in your home, it’s a good idea to contact a pest control professional for help, especially if it's a pest that might cause serious damage to the structure of your home.

They’ll be able to identify the pest you’re dealing with and recommend the appropriate treatment.

While carpenter ants can often be easily controlled with home remedies, termites cannot - and often require fumigation or other chemical-based strategies for their removal.

Even if you think you have positively identified the insect in your home, get a second opinion from a pest control company so you don’t waste any time in removing the pests.

The Difference Between Ants And Termites - Overall

Why do you need to know the difference between ants and termites?

Until you have a pest problem, you don’t.

However, ants and termites are often mistaken for one another, and if you have an insect infestation, you need to be able to tell the difference between the two.

Despite being similar, the two pests are different species.

In order to eradicate an infestation, you’ll need to have an in-depth knowledge of those species and the best ways to get rid of them.

Consider these tips for telling the difference between ants and termites - by acquainting yourself with the differences ahead of time, you’ll be able to take quick action should a pest problem arise.