Understanding rabbit behavior is important to help us cohabitate with both wild and domestic rabbits.

Whether you're planning on raising a pet rabbit as a 4-H project or you simply have unwanted wild rabbits destroying your landscape, fully understanding their behavior is important.

A majority of people believe pet rabbits are sweet, cuddly and they just sit in a cage and eat grass all day.

However, many people are surprised when they receive a baby rabbit, spend 3-4 months raising it to maturity only to find out it's very aggressive. 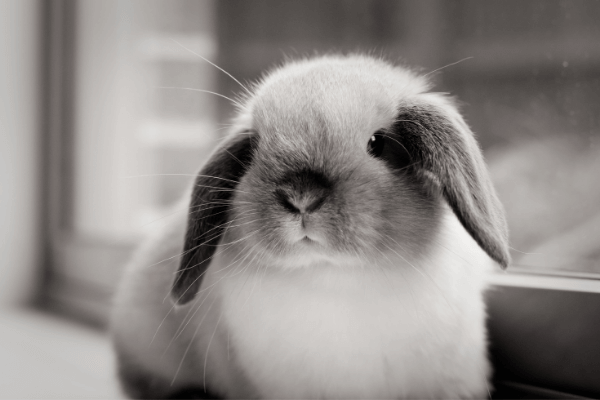 Both males and females can show aggressive behaviors which can involve hissing, aggressive thumping, biting and scratching.

These unwanted behaviors are often a surprise to most first time rabbit owners.

Rabbit Behavior - Aggression And A Solution

I was one of those misinformed people who was shocked when after raising a female Rex it became very territorial of its indoor enclosure.

I couldn't take her out anymore because she would scratch and bite me every chance she had.

Plus, I had to leave the door open so she could venture out on her own just to feed her.

Around this time a friend of mine gave me a young started male rabbit that she couldn't keep and this just aggravated the female Rex even more.

The rabbits had to be separated to keep them from fighting.

One day the female Rex was caught trying to mount the poor younger rabbit and we immediately contacted a vet to get the Rex spayed since we didn't have any plans to breed her.

In the wild, rabbits live in hierarchy groups known as Warren's which usually contain an alpha rabbit with subordinates who also have dominant roles in the group.

Rabbit behavior in the wild is based on surviving since they are a prey animal.

A normal day for a wild rabbit involves constant foraging as they search to meet their dietary needs with grasses and roots.

Some species live in burrows where they're constantly digging and displaying territorial behavior.

Along with all the basic needs rabbits must meet to survive, they're constantly reproducing to keep their species from dying out. 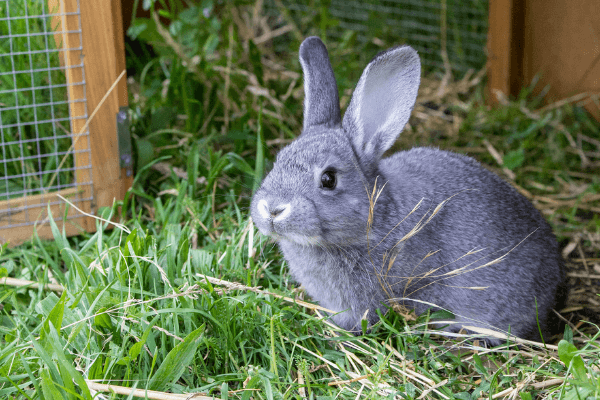 Domestic rabbits haven't been bred long enough for their basic instincts to become dormant and compared to their wild cousins, they have very little stimulation.

Rabbits are usually raised in small cages and they don't receive a lot of exercise.

Plus, food is usually present with little or no effort to obtain it.

This lack of stimulation contributes to hormone overload in domestic rabbits causing sexual frustration along with boredom, which makes other negative habit and behaviors more potent.

Rabbits like to constantly rub their chin on you and sometimes the items they're presented with.

This behavior is sometimes confused with affection, however, rabbits have scent glands on their chins and are avid scent markers to let other rabbits know where their territory is.

With proper care and stimulation these furry creatures actually see you as their own species and can be very happy.

Rabbits are naturally curious and adventurous.

They enjoy climbing and will probably leave you confused when you find them on top of a boulder or even a kitchen counter. 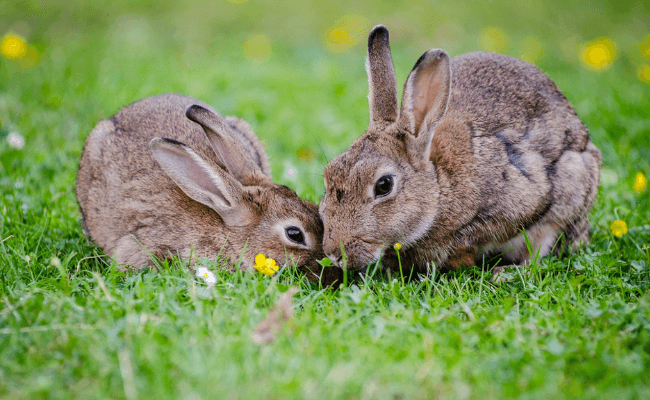 Some rabbits even enjoy playing in water or invading your personal space for attention.

Rabbits are charming creatures with bold personalities and commonly express themselves through body language.

Binkying, which is when a rabbit leaps happily around, is often used to express excitement.

Overall, rabbit behavior is far more complex and unexpected than most people would assume.

They express underlying animalistic needs with a quirky attitude making them a very unique animal.