Get Rid Of Honey Ants

Are you interested in learning how to get rid of honey ants?

In this post, we will tell you everything you need to know to remove them, and keep them from coming back.

Honey ants may be tiny, but they can be hugely problematic.

The name is a bit misleading, since they don’t actually produce honey, nor are they sweet in any way.

They can be incredibly frustrating to deal with in the home or around the lawn.

Here are some tips on how to properly identify and prevent them - and to get rid of them for good.

What Are Honey Ants?

At less than a quarter of an inch long, on average honey ants may not seem that menacing.

However, when you have dozens of them crawling all over your kitchen counters, you might find yourself singing a different tune.

Honey ants, or Prenolepis imparis, are small ants with triangular-shaped abdomens and a circle of hair at the tip. 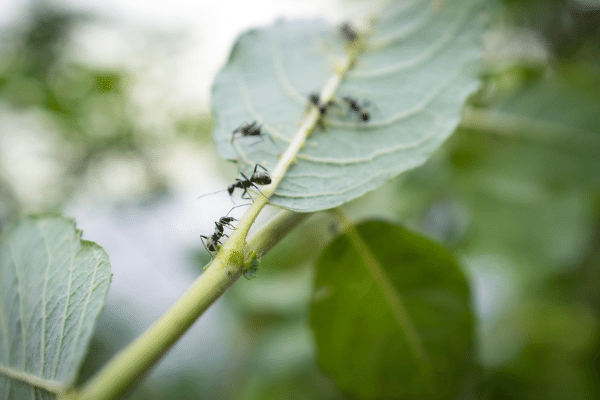 They are usually light to dark brown or completely black.

Typically, they are led indoors through cracks or even shrubs that are placed too close to a house.

Also known as winter ants or small honey ants, honey ants are some of the most active ant species in the winter months.

While most ants will hole up until the cold weather passes, these ants will not.

Honey ants are among the most cold-weather tolerant ants and are some of the first to send out foragers from the nest during the colder weather months.

Conversely, when it’s hot out, these ants spend their time in underground nests up to four or five feet deep.

These ants use foraging trails to find and then feed upon sweet-tasting foods inside.

They eat lots of sticky, sugary foods along with aphids, which are insects that produce super sweet honeydew.

How will you know if you have a honey ant infestation?

The most obvious sign is finding the live or dead ants.

You might also detect winged males or females, trailing ants, or nests on the ground (these tend to be shaped like cones).

Unfortunately, it can be somewhat tough to get rid of honey ants, since the activity of these ants doesn’t slow down in the winter, as it does with many other ant species.

Where Do Honey Ants Live?

In order to quickly get rid of honey ants, it's important to understand where they live.

They build nests in open, shady areas but can also nest under shrubs, garden beds, stones, logs, or flower beds in the soil.

Upon closer inspection, you may notice that the nests have multiple small galleries excavated in the soil. 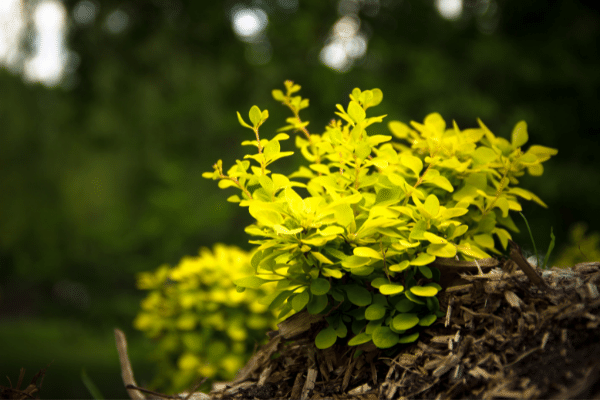 They have also been known to build nests in potted plants.

Typically, a honey ant colony will only have one active queen.

She’ll shed her wings, find shelter, and begin a new colony after she has mated.

In warmer climates, several fertile females may start a colony together.

Honey ants can be found all over the country, from the Canadian border to Nebraska, and Florida, and even as far west as California, Oregon, and Washington.

How To Get Rid Of Honey Ants

If you're trying to get rid of honey ants, you'll quickly learn that it is far easier to prevent them than it is to totally eliminate them.

That said, it can be done with a bit of diligence.

If you contact an exterminator, he will likely use a chemical insecticide or ant bait to get rid of these pests.

You can use an ant bait to get rid of honey ants yourself, too - plus it will save you a lot of money!

The ants will take the bait back to the nest, assuming it is a source of food, and distribute it to the entire colony.

Most baits contain chemicals like boric acid, which slowly kills the ants.

The bait stations are cheap, easy to set out and will work for several months. 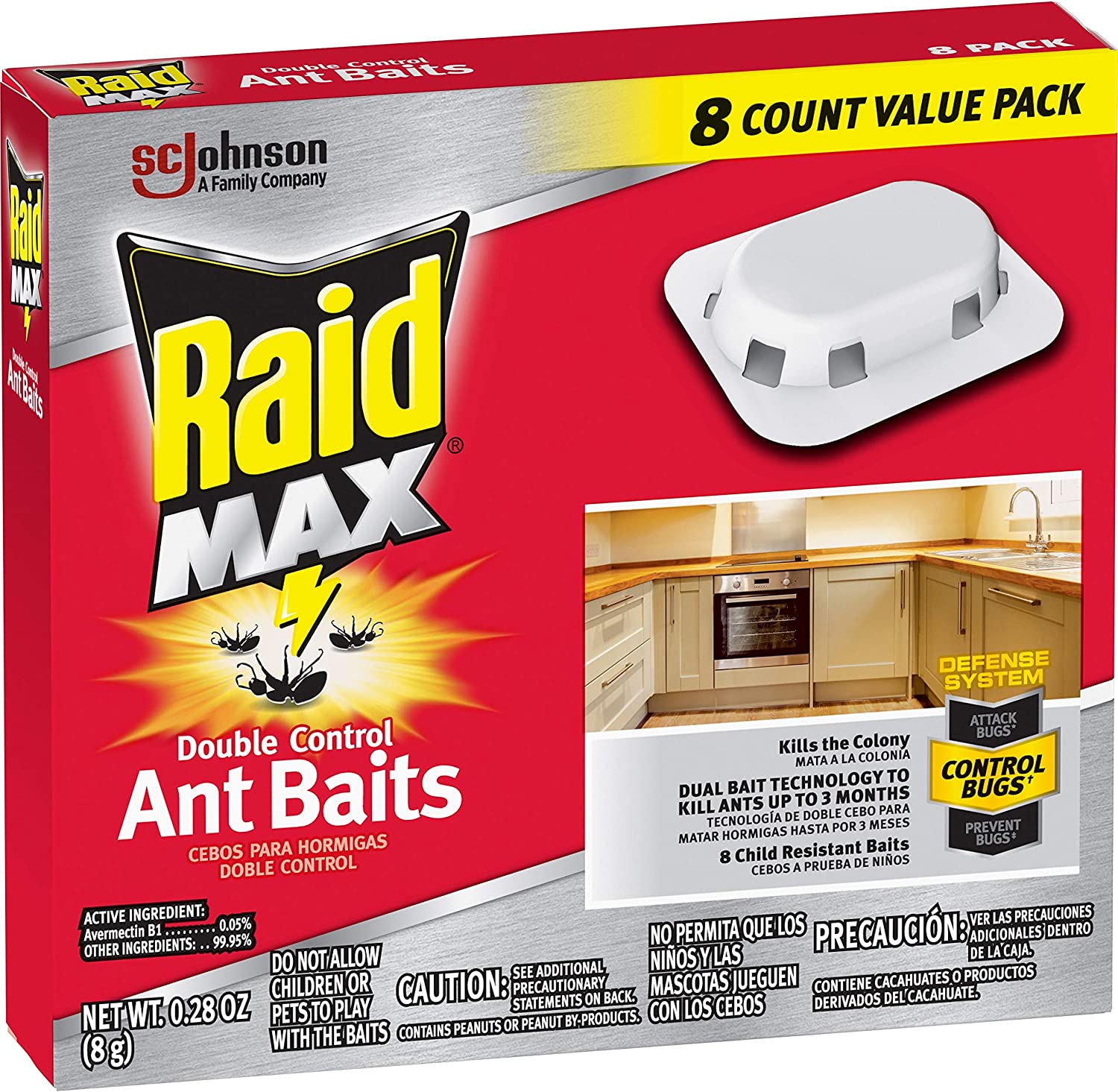 You can also make a homemade insect repellent with ingredients like peppermint essential oil or vinegar.

These should help keep ants at bay, though again, it will take some time for these to be effective.

Vacuuming regularly is a great way to prevent honey ants, as well as to get rid of them.

By vacuuming every night and getting rid of any crumbs or spills on the floor, you can remove any pheromone trails that previous ant voyagers have left behind.

The same theory rests in wiping your counters each night - this sanitizes the area along with removing the pheromone trails to stop ants from coming back.

There are plenty of other home remedies out there that people swear by for getting rid of honey ants.

These include things like putting out used coffee grounds (ants apparently hate the smell and acidity of coffee) or hanging garlic in your pantry to prevent ants from invading your dry goods storage area.

How To Prevent Honey Ants In The Future

Since honey ants feed on sweet substances, one of the best ways to prevent them from invading your home is to make sure kitchen messes and spills are cleaned up immediately.

Removing all potential food sources is the best way to avoid attracting these ants (among many other ant and insect species, too).

Also, take some time to examine the outside of your home.

If you notice any cracks, even those that seem minuscule at first glance, seal them up to make sure ants can’t get inside. 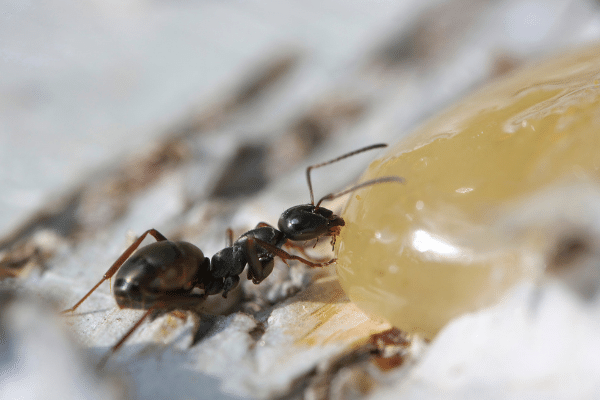 Remember that honey ants can get inside if there’s too much vegetation placed close to the house or if they hitchhike in on infested potted plants.

Be sure to prune back any existing shrubbery and inspect new plants for bugs before you bring them indoors.

The good news about honey ants, if there is any, is that they don’t pose much of a threat to humans.

They don’t sting or bite and since they’re so small, you might not even notice them most of the time.

However, like all other kinds of bugs, they’re unpleasant to have in your home - plus, they can contaminate stored goods like syrups and cereals.

In many cases, they can also damage ornamental plants, like roses.

So follow these steps to get rid of honey ants - and keep them out in the future!