Rats In The Cellar

The last thing any homeowner wants to discover is that they have rats in the cellar (basement), especially since the rodents are harbingers of disease.

Rats also cause safety hazards due to their natural gnawing instinct and can chew through electrical wires, which could result in the house catching on fire.

Plus, Norway rats’ habit of tunneling under foundations can potentially cause structural damage to the home, causing thousands of dollars in repair. 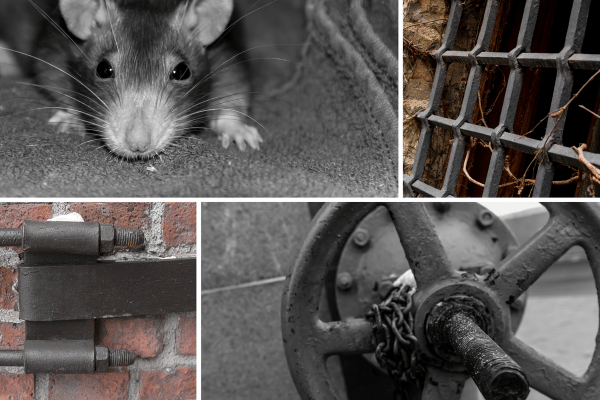 Fortunately, homeowners have options in identifying and controlling the problem, as well as preventing future rat infestations in cellars.

Cellars make the perfect spot for rats to take up residence; they are dark, human activity is usually minimal, the area is generally used for storage and many cellars are cool and moist.

These factors create an ideal habitat for rats to make their home.

Norway rats are more than likely the culprit, when it comes to cellar or basement infestations, as roof rats prefer elevated habitats and are more likely to take up residence in attics than in ground-floor areas.

Additionally, it is important to note that rats can have up to seven litters yearly and with up to a dozen offspring in each, which can lead to rapid increases in populations.

One pair of rats can introduce up to 84 new additions to the rat population yearly, so imagine how many new rats can invade the cellar once the offspring start breeding, which happens around the age of eight weeks.

When the crisis goes unchecked, cellar rat infestations can explode in no time.

Indications of rats in the cellar may be easy to identify, especially if you hear the scurrying of tiny feet when you enter the cellar or you might even catch a glimpse of one as you turn on the light.

Rats have been living side-by-side with humans for thousands of years, and though they have become accustom to our habits, they don’t prefer showing themselves unless the population is large, sick and food sources are low. 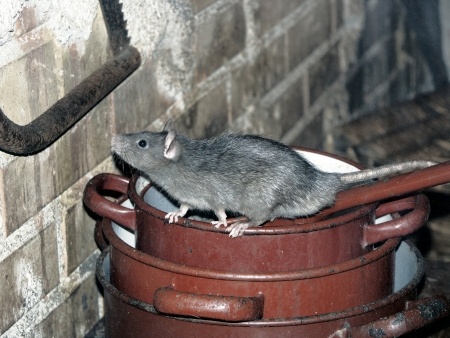 You may have to do some detective work to identify they’ve taken up residence in the cellar, with symptoms of an influx of rats being:

Seal Them Out - Rats In The Cellar

After identifying an infestation of rats in the cellar, the first step to ridding the problem is sealing off any entranceways, which prevents future invasions.

Unless a course of action is taken to repair areas where the rats are getting in, it’s only a matter of time before more invade the space.

Note it only takes a dime-sized opening for rats to get indoors. 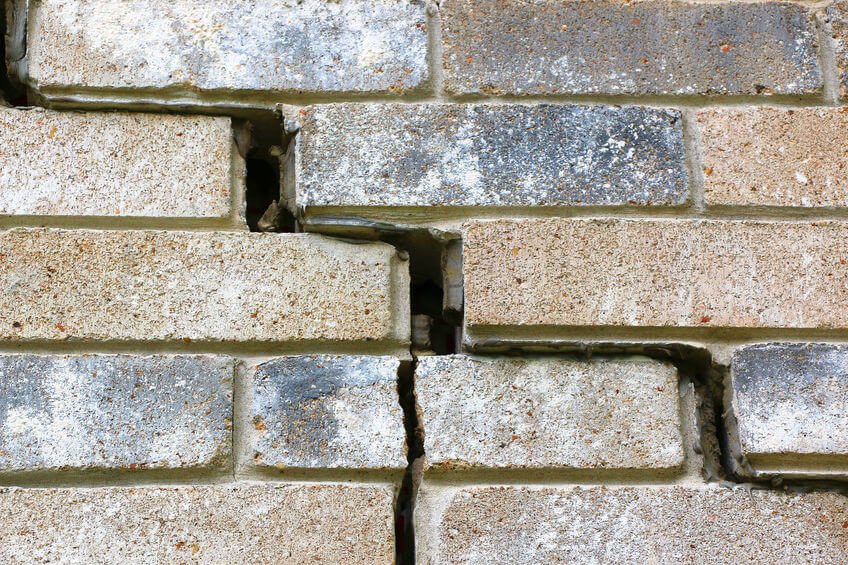 Trapping Rats In The Cellar

After repairing all possible entrance sites into the cellar, the next step in the process of eliminating the rats is through trapping.

Regardless of the many rat-control products on the market that will exterminate the rodent problem, snap-traps are still the most effective. 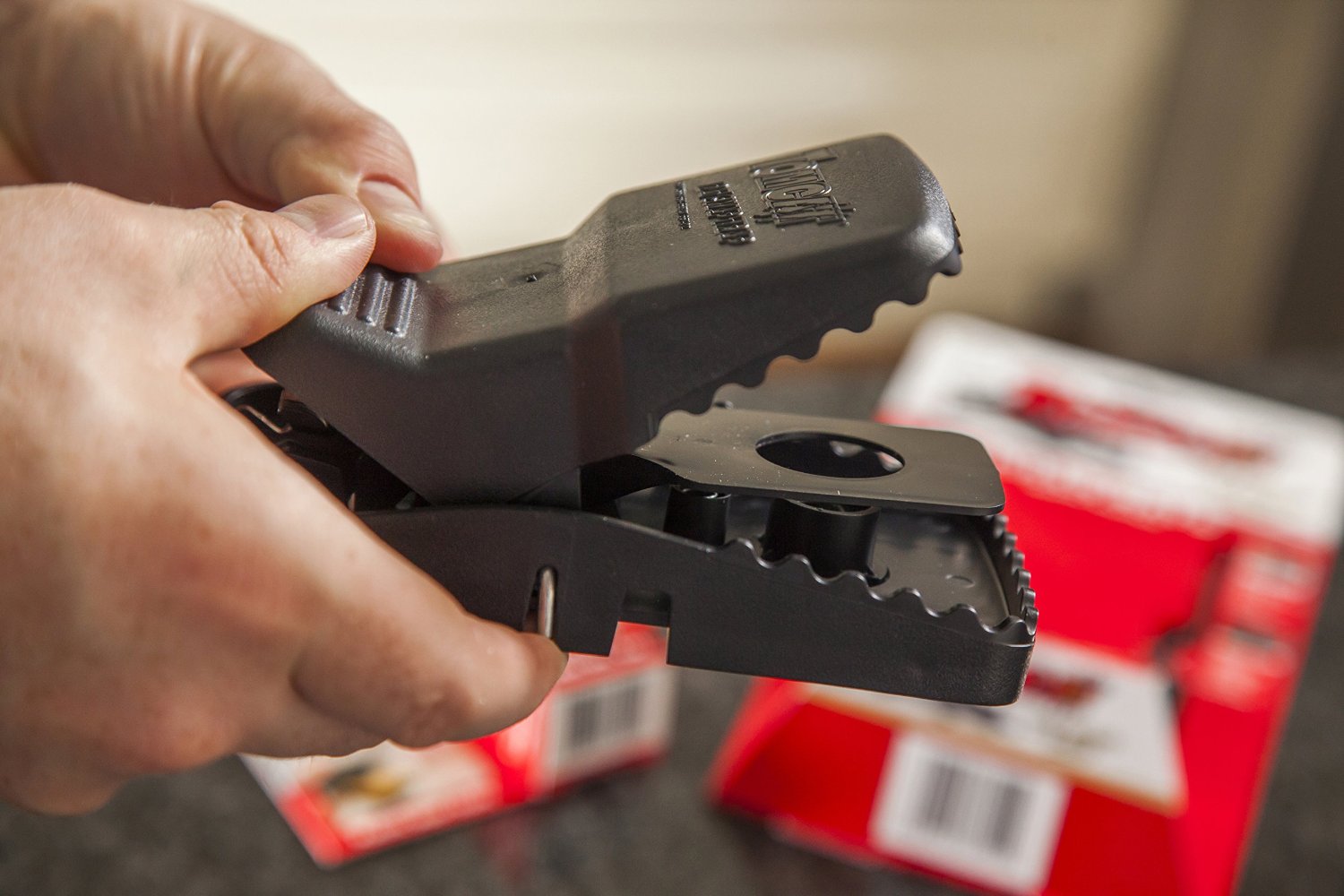 Poisoned baits have the potential for children or pets to make contact with them, thus becoming potential safety hazards.

You also run the chance of the rat hiding somewhere to die and then you have to contend with the smell of the dead animal.

Rats are naturally wary of new items introduced into the environment, so placing unbaited traps in the area for several days before baiting allows the rodent to become accustom to the trap.

Since the rats in the cellar will more than likely hide, making them more difficult to trap if their environment is disturbed, it’s best to hold off cleaning the cellar area until you have sealed all entranceways and started trapping. 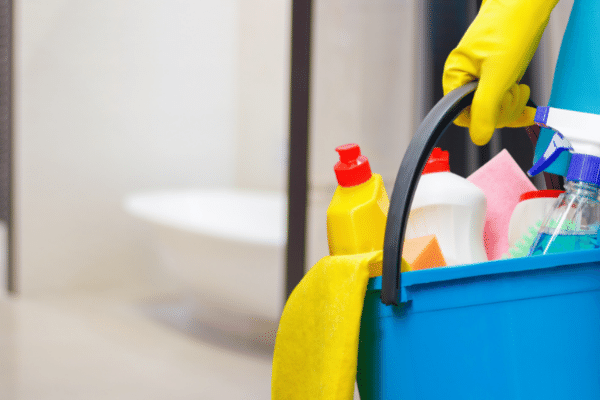 Once you trap the majority or the entire population of rats and then clean, it’s easier to get a grip on future infestations through continued trapping and cleaning, thus reducing the rodents hiding and nesting areas.

Rats In The Cellar - Overall

With the continued inspection and repair of potential entranceways, trapping and keeping the cellar clean and organized, you should be able to get a grip and eliminate the rat problem in no time.