Making a homemade earwig trap to help control unwanted earwigs in and around your house is actually pretty easy.

By using a few common household supplies, there are a couple of really effective traps you can make in just a few minutes.

Although they look like something straight from the prehistoric time period, earwigs may creep you out but they're not necessarily going to hurt you.

Their flat, brown and black colored bodies are roughly one inch long and they're probably best known for the pincher type forceps that extend from their abdomen. 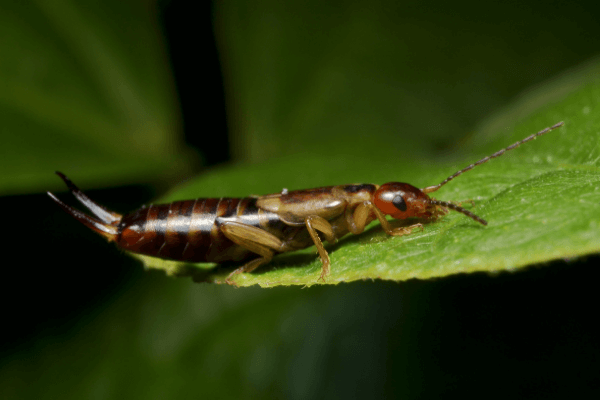 Chances are the earwigs entered your home searching for food or moisture, or you've found a few inside your garage under some old boxes you had laying on the floor.

Mailboxes are another popular spot to find earwigs especially during damp periods where moisture causes the mail to become soggy.

This dark damp environment is the perfect habitat for earwigs.

The good news is getting rid of them doesn't take a lot of work.

To learn more, let's look at a few facts about earwigs and what you can do to keep them from coming back.

How To Get Rid Of Earwigs

Earwigs, also known as a pincher bug, typically feed at night and their diet consists of insects, greasy or oily food around your kitchen, or boxes and other products that contain cellulose, especially if those boxes are damp and stored in a dark place like your basement.

Earwigs can also be detrimental to a garden because they like to feed on soft fruits, flowers and small seedlings which can cause a lot of damage, especially if you have a lot of earwigs living off your garden. 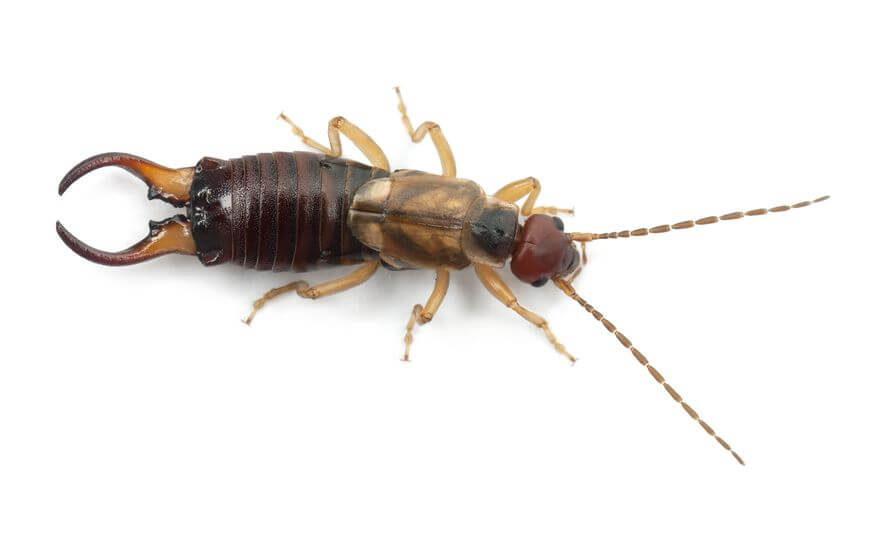 Garages are another popular place to find earwigs.

You'll usually find them hiding in the corner under a pile of boxes.

Since most garages are attached to your home, controlling the issue in your garage will help prevent them from entering your home through small cracks.

Earwigs love to hide out under rocks used as decoration or around other organic and decaying material in your lawn like piles of leaves or branches.

To help prevent them from entering your home, don't allow brush or leaves to pile up along the foundation of your house.

This will help create a buffer zone, reducing the chances of an outdoor earwig coming inside.

Despite their appearance, earwigs are not dangerous.

They're not poisonous and they won't sting you but that doesn't necessarily mean they're a welcome guest.

There is an old tale that earwigs get their name from their desire to climb into your ear and burrow deep into your brain to lay their eggs.

This is simply not true.

Although it's possible for any insect to crawl into your ear under the right circumstances, the odds are very slim. 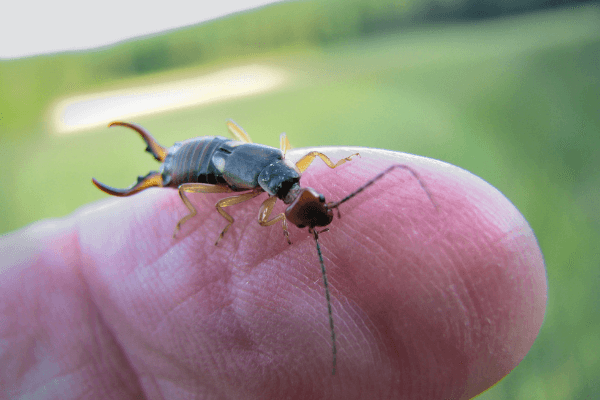 An earwig has no desire to search out the human ear as a place to lay its eggs.

The pinchers on the abdomen of the earwig are used for defense and if picked up and agitated, they might pinch you but the pinch is not powerful and it would be very rare if it broke the skin.

There are 2 ways to make a homemade earwig trap.

The first trap works the best outdoors because it involves using a small can or dish that can be partially buried in the ground allowing easy access for the earwigs.

The second trap works both inside and outside and uses a damp rolled newspaper to attract the earwigs.

This trap will not immediately kill the earwigs so you can choose to release them outside or kill them in some soapy water.

If you're having problems with earwigs in your garden, this is a great trap to use.

Combine the vegetable oil and soy sauce into a small container in equal parts.

The amount you add will depend on the size of your container.

Usually about 1/4 cup of vegetable oil and 1/4 cup of soy sauce works great. 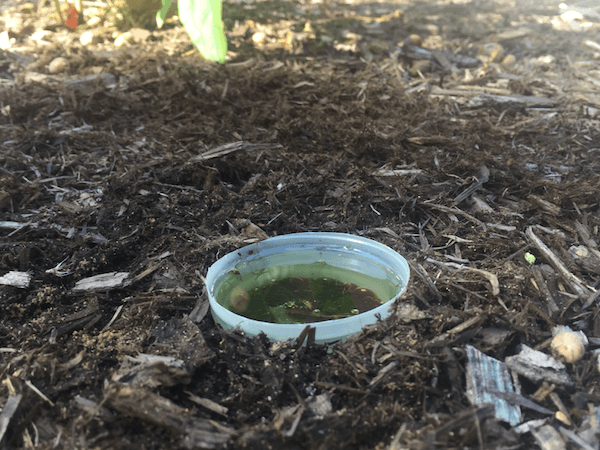 Next, take the container and burry it in the ground so it's level with the surrounding soil.

If you're using this trap in your garden, place it in an area where you've noticed damage to the plants caused by earwigs.

By burring it level with the ground it makes it easy for the earwigs to find it.

They will be drawn in by the smell of the soy sauce and the oil will prevent them from being able to crawl out of the trap and they will drown.

Since earwigs are nocturnal, make sure you leave the trap out overnight for best results.

You can let the trap sit for a few days, then just dump out the earwigs and add some fresh oil and soy sauce.

Use multiple traps for a large garden.

The second trap will not kill the earwigs and it's simply designed to attract them into the trap where you can remove the trap and either release the earwigs outside or dispatch them.

Take an old newspaper and roll it up to make a tube.

It's important not to roll it up to tight because the earwigs need room to get into the trap.

I like to make the tube about 5-6 inches long which is basically taking an average sized news paper and folding it into fourths.

Put a rubber band loosely around the newspaper to keep it rolled up. 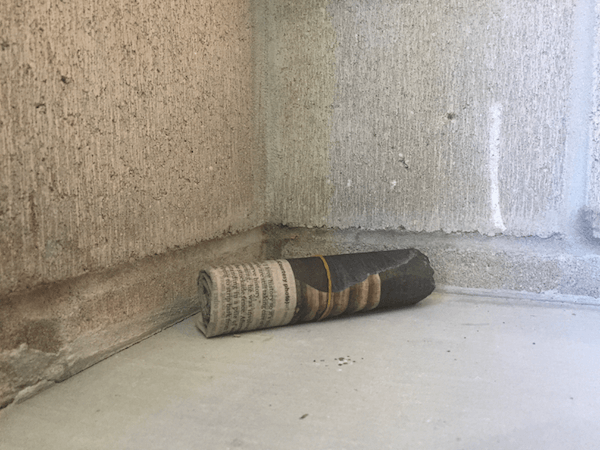 Place the homemade earwig trap in a dark corner of your garage, basement or other location where you've noticed the earwigs and let it sit for a couple of days so the earwigs make your newspaper trap their new home.

After a few days, place the newspaper tube into a ziplock bag and seal it up.

At this point you can throw the sealed trap into an outside garbage can, or if you don't want to kill them just remove the trap from the ziplock bag an put it in the woods or somewhere away from your home.

Using one of these homemade earwig traps is a great way to get rid of earwigs that are destroying your garden or living in and around your home.

The traps only take a few minutes to make and they work great!