Cinnamon for ants - does it work, or is it just a myth?

Some pest control authorities argue that cinnamon is not a reliable method for getting rid of ants.

While studies in laboratory settings showed success in using cinnamon’s extracted chemical compounds and oils to repel ants, the powdered cinnamon you have in your home likely won’t be strong enough to repel ants.

The answer to this dilemma? 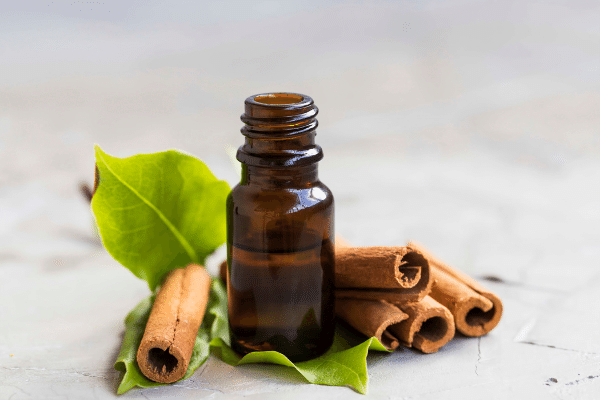 It’s easy to find at most health food stores and online - and it works like a charm.

You can use just about any type of cinnamon to get rid of ants, including oil, sticks, or powder.

However, since it is more concentrated, the oil will likely be the most effective option.

Cinnamon does not kill ants like other home remedies, such as tea tree oil.

However, it does repel them.

The ants may find a way around the cinnamon, but as long as you’ve taken precautions to clean up messes and other attractants in the rest of your home, this is a remedy that should work just fine.

How To Use Cinnamon For Ants

The cinnamon that you sprinkle on your morning toast probably won’t be strong enough to repel all ants from your home.

It will likely deter them from going into that area but they’ll just look somewhere else in your home for food and water.

Therefore, it’s essential that you do two things when using cinnamon to get rid of ants.

First, it’s important that you figure out the root cause of why the ants are coming into your home in the first place. 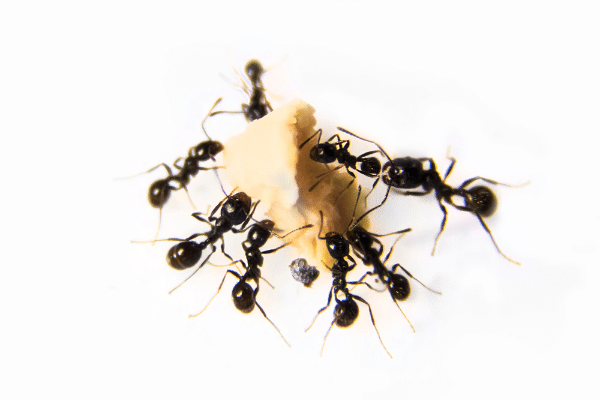 You need to take all steps possible to figure out why ants are coming inside and to stop them from doing so.

That may mean cleaning up any spilled food or messes promptly to avoid attracting ants.

You should also take the time to seal up any potential entry points, like cracks in the wall or tears in window screens.

Then, you can begin using cinnamon to get rid of ants.

The easiest (but least effective) way to use cinnamon to repel ants is to just grab a jar of powdered cinnamon and sprinkle a bit around potential entry points.

You’ll likely have mixed results with this.

Cinnamon has a very strong smell so it will likely disrupt the foraging trails the ants are trying to make. 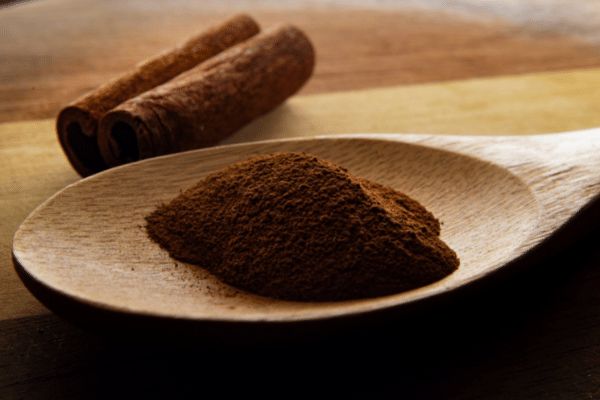 Over time, they’ll stop coming into your house via that same route -  they’ll more or less forget about it.

You can also use cinnamon to make a barrier line.

This will create a line that the ants won’t be able to cross.

This is especially effective if you see ants in a certain area and know exactly where they are.

Cinnamon essential oils are, for many people, the better option for controlling ants.

Not only is cinnamon essential oil more potent than the powder, but it also leaves less of a mess behind.

There won’t be any powder to vacuum up afterward!

All you have to do is dip a cotton swab in essential oil and then rub it along the areas in which you’ve noticed ants. 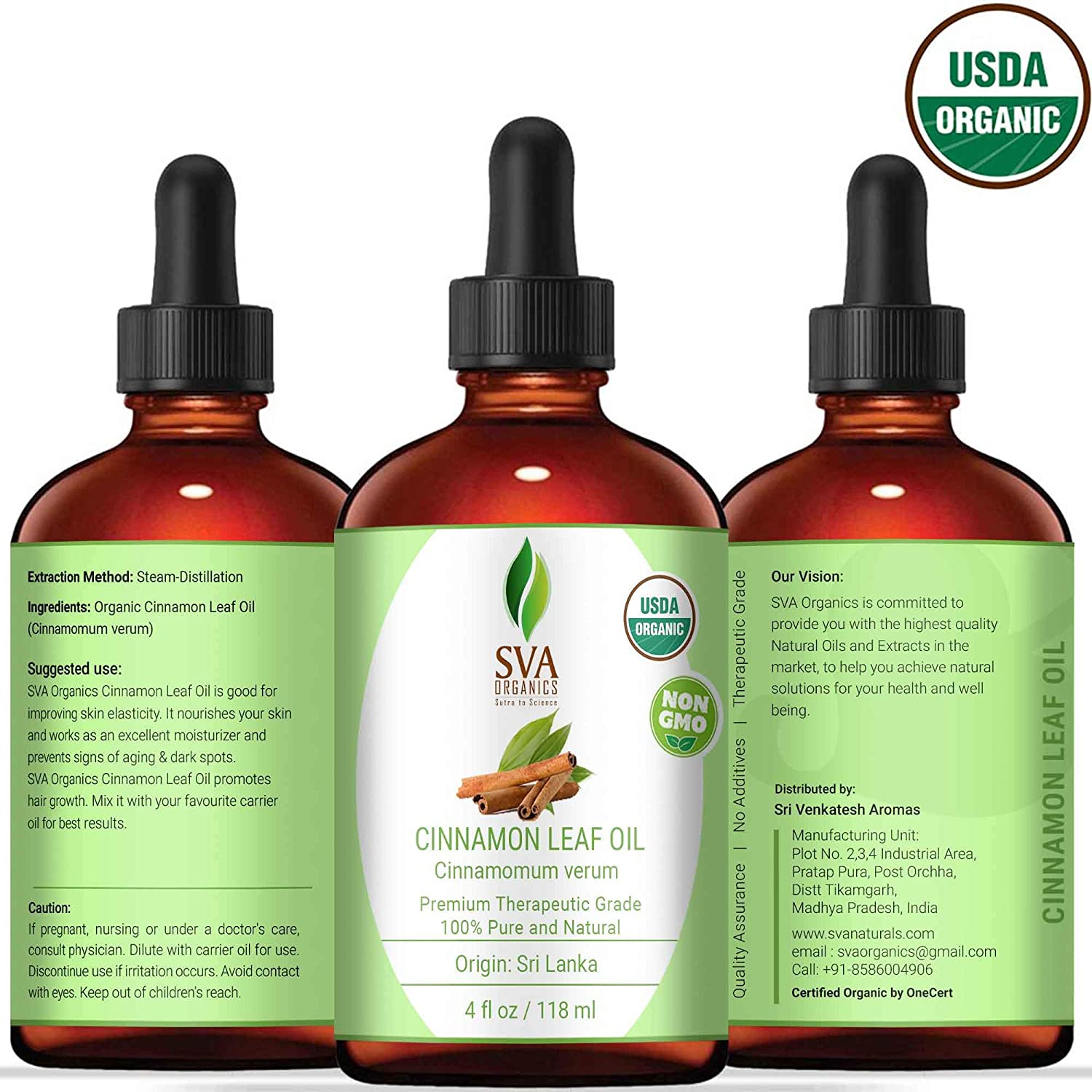 This will help keep things mixed together well.

Some good options include citrus oil (such as lemon, orange, or lime), peppermint oil, or tea tree oil.

Tea tree oil is particularly effective since it kills ants as well as repels them.

However, it can be unsafe in food preparation areas, so if you want to create an effective mix without worrying about making yourself sick, consider replacing the tea tree oil with peppermint oil.

Vinegar And Cinnamon For Ants

Many people find vinegar to be an effective remedy for getting rid of ants on its own, so it makes sense that it would be even more effective when combined with cinnamon essential oil.

Simply pour some into a spray bottle to apply around your kitchen. 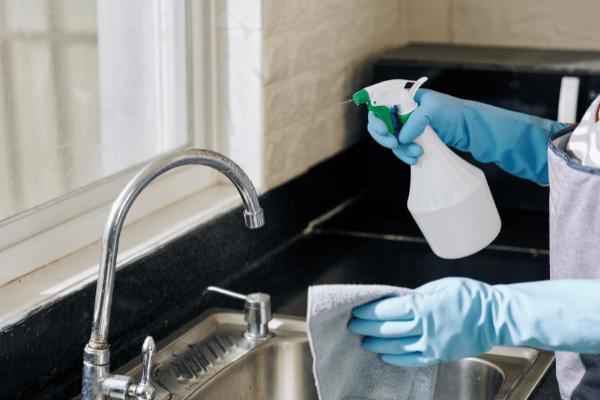 The smell of vinegar will be somewhat masked by the cinnamon but whatever is not will gradually dissipate.

This is a strong enough solution that spraying some on the ants directly may even kill them!

Baking Soda And Cinnamon For Ants

One final hack you can try to get rid of ants is to combine baking soda and cinnamon.

It is even more effective if you combine equal parts powdered sugar and baking soda.

Baking soda expands in an ant’s stomach, eventually killing it, while the powdered sugar tricks ants into eating the baking soda in the first place.

When applied with a bit of cinnamon essential oil, it is even more effective at getting rid of and repelling ants.

How Long Does It Take For Cinnamon To Kill Ants?

Cinnamon doesn’t actually kill ants - it only deters them.

However, you may find that it takes a few days for the cinnamon to start repelling ants from your home.

They’ll need to learn that they can no longer follow their old paths back into your house. 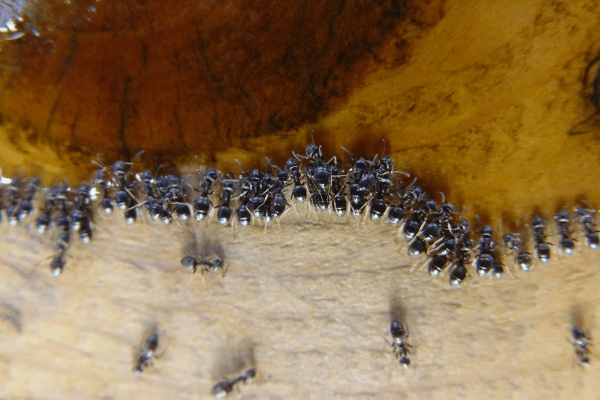 Even after one ant learns the drill, it can take time for other ants and other colonies to pick up on the fact that your home is no longer the all-you-can-eat buffet that it once was.

Therefore, you’ll need to be patient when using cinnamon to get rid of ants!

How To Get Rid Of Ants Permanently

There are plenty of other natural ways to get rid of ants - there’s no need to rely on store-bought chemicals to make your pest problem go away.

For example, you can try sprinkling diatomaceous earth in areas where ants tend to frequent indoors or outside.

You can also pour boiling water on ant hills outside.

Whichever method you choose, know that choosing cinnamon for ants is one effective remedy that can save you a ton of time, money, and trouble!