It's time to consider these best bat pest control options if bats are wreaking havoc on your home.....and sanity!

Did you know that there are more than forty different species of bats in the United States alone?

While the most common bats are the little brown bat, the Mexican free-tailed bat, and the big brown bat, all can cause a whole host of issues for you and your family.

Getting rid of bats can be tough, especially when you consider the fact that bats rarely attack people and can actually be quite helpful, as they feed on bothersome insects.

That said, bats can also cause a range of problems, from leaving contaminated droppings everywhere to making constant noise.

If you’re struggling with a bat infestation, you may want to consider these options for bat pest control.

Why Is A Bat Infestation A Problem?

Bats are small, flying mammals that are known for inhabiting dark, secluded locations.

After all, they are nocturnal.

Bats are ancient creatures, with the first fossils dating back more than 53 million years ago!

Around the globe, there are more than 980 species of bats, although only a small percentage of those species can be found in the United States.

Some species of bats can live up to 30 years, with most varying in color from tan to black.

Adult bats are usually about two to seven inches in length, but they have impressive wingspans - some as much as fifteen inches!

They have four legs used for crawling, with the front two also used as wings. 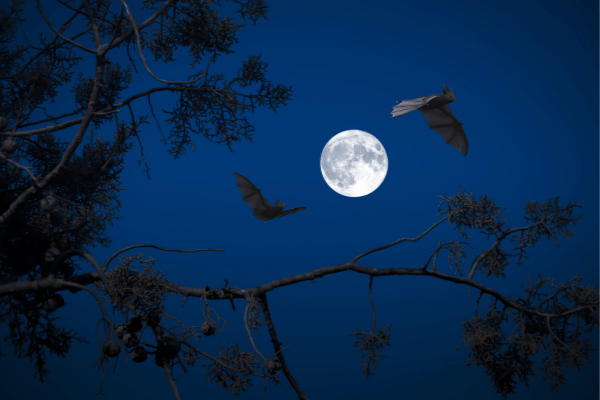 As the only mammal capable of true flight, bats are incredibly fascinating creatures. Despite what some people believe, they don’t actually feed on human blood!

Although bats can occasionally bite people, they would much rather eat insects and fruit.

Bats not only can help keep the insect populations down, but they help with pollination, too.

So why do you need to worry about a bat infestation?

For starters, when bats take up residence in your home, they will leave messy droppings everywhere.

They can also stain surfaces with their urine and be quite noisy when they fully “colonize” a home or attic.

Plus, there is the potential for bats to bite.

While bats are rarely rabid (only about 10% will ultimately carry the disease), there are other diseases that you need to worry about.

Bat droppings, for example, can harbor fungi that can cause a lung disease called histoplasmosis.

The most obvious sign of a bat infestation is also one of its greatest problems - droppings.

Just a single bat can produce up to 30 droppings each day.

Since bats usually inhabit areas in large groups, the number of droppings can build up quickly.

In fact, some homeowners have reported that their roofs caved in as a result of a serious bat infestation.

The more droppings accumulate, the more problematic the infestation will become, as these droppings often encourage other bats to set up shop, too.

Besides droppings, you may also witness bats flying in or out of your home at dawn and dusk.

How To Prevent Bats

The best way to prevent a bat infestation is to determine and evaluate any potential entry and exit points around your home.

Bats generally enter into homes around rooflines and in louvers.

All you need is an opening of ⅜ of an inch to allow a bat inside.

You should inspect your home regularly.

Do this at dusk when the bats emerge as well as during the day to rule out potential roosting spots.

Once you’ve identified these spots, the best bat pest control method is to prevent an infestation from occurring.

You need to bat-proof your home.

Do this in the fall, after bats have left for their hibernation period. 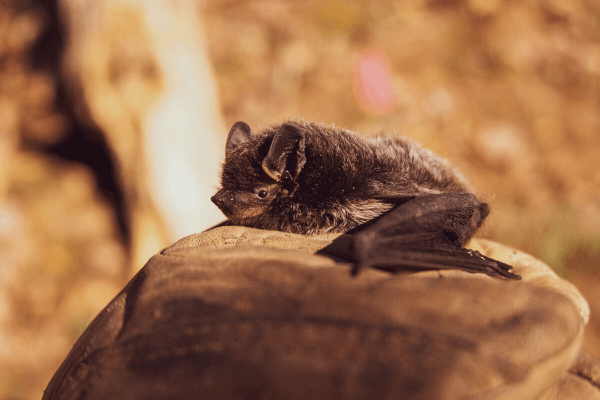 If you bat-proof your home at any other time of the year, you risk boxing in babies who will then escape to other parts of the home.

Seal any crevices or cracks with steel wool or caulk, paying extra attention to openings in dark, secluded spots.

You may also want to screen chimneys and vents, too.

If you have a bat infestation, it will be pretty obvious to you the right way.

Active at night, bats use echolocation to find their prey.

If you detect an infestation, stay calm and try to isolate the entry point.

Once you know how bats are getting in, you can actively work to get rid of the problem.

There are various liquid and gel repellents you can use to repel bats.

These are meant to be applied every 30 days or so, and they tend to be nontoxic both to you and to the bats.

Instead, they drive bats away with their smell and taste. 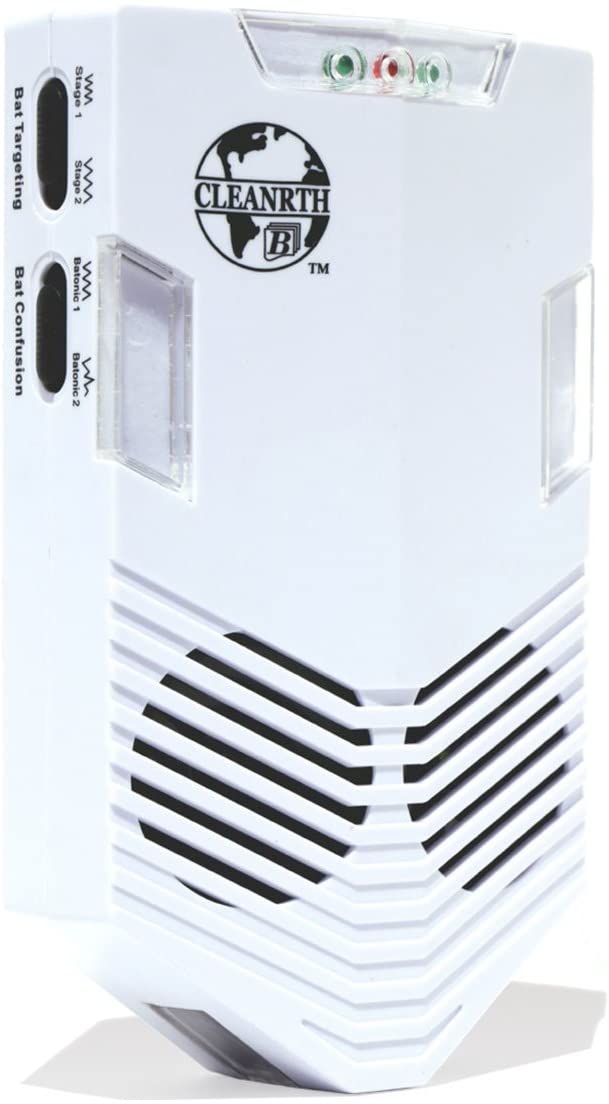 You can also use an ultrasonic repellent.

An ultrasonic repellent will emit a high-pitched sound wave that will aggravate bats and keep it far away.

Sometimes, these are equipped with motion detectors.

That way, the noises only activate when a bat flies by.

Many professional bat pest control experts use one way doors made out of mesh netting to remove bats.

To use this method simply take netting (usually cut to a size that's roughly twice as wide as the entry point to your your home) and secure the top of the netting to your home and also secure the netting on the sides about half way down.

Leave the netting unattached along the bottom side and edge and allow the loose unattached netting to hang down about 2 feet past the exit point. 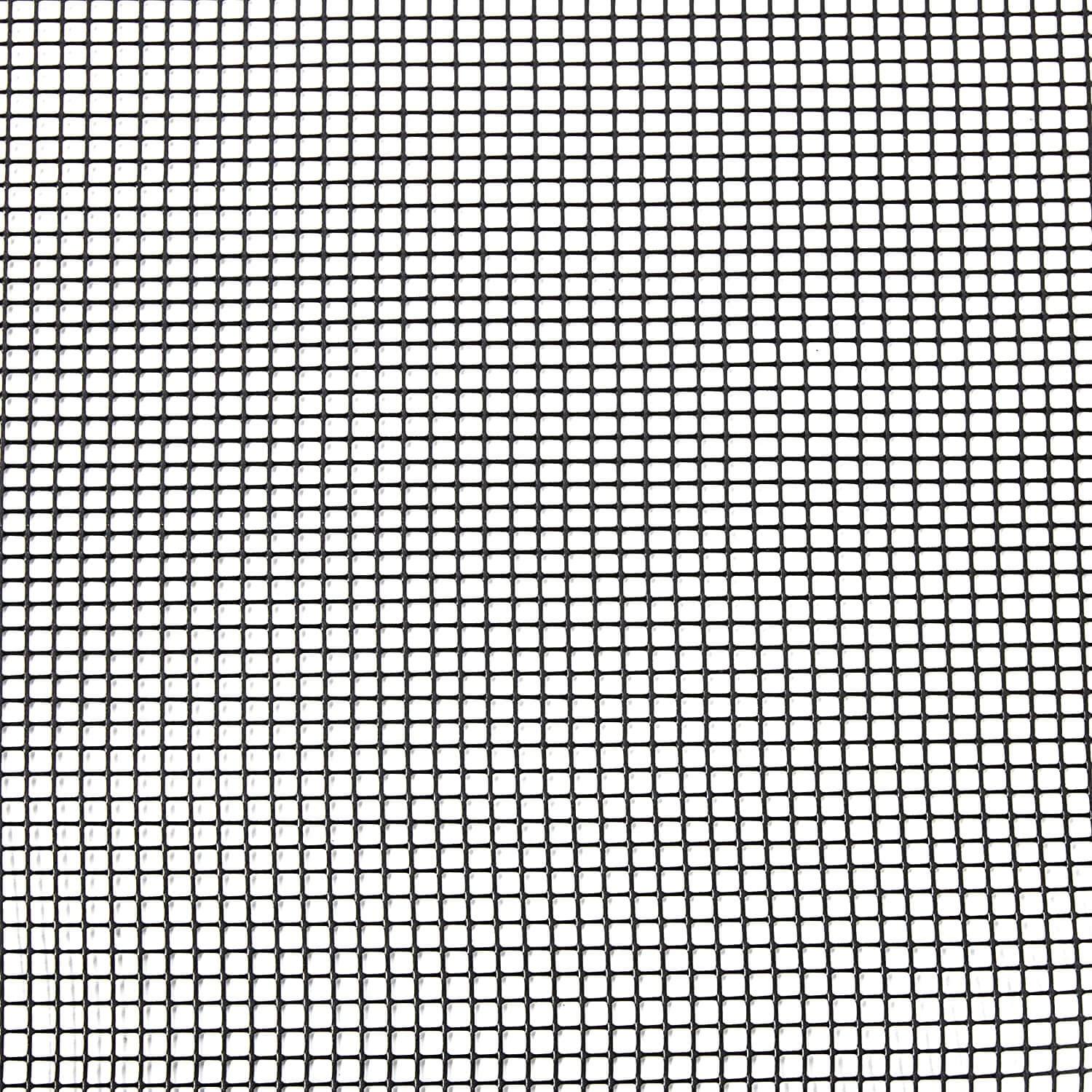 The netting works because bats use the airflow from your home to mark the entry point.

Since the netting doesn't restrict the airflow they cant figure out how to crawl back up underneath the netting to get back inside your home.

If you were to use plastic, they could find the airflow that comes through the bottom and find their way back inside.......you must use netting!

Once you’re sure the bats are out of your house, you can work to exclude them from your property.

Make sure all the bats are out though, as you don’t want to accidentally seal a bat up inside your home.

You may need to hire a contractor to complete a full inspection and make sure all entry points are eliminated.

The bats will exit and drop out below the netting but they won't remember how to get back inside because the netting is blocking the entrance.

You might hear the bats bang up against the house a few times as they attempt to find the opening, but they will soon become frustrated a look for somewhere else to live. 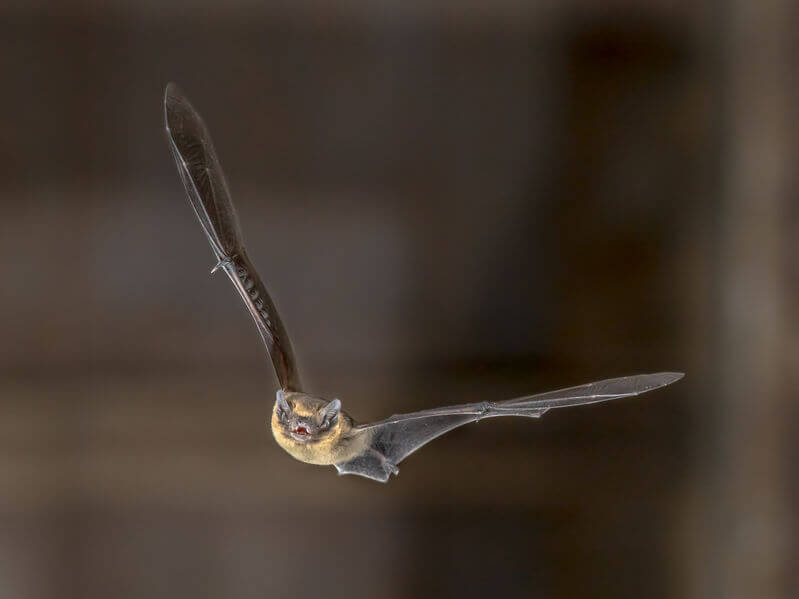 Finally, when dealing with bat pest control, it’s important that you keep in mind that this is a hefty task for which you might not be the best equipped.

In fact, most homeowners are best off contacting a pest control professional in the case of a bat infestation.

Unlike other kinds of pest infestations, a bat infestation is tricky to deal with because bats are so beneficial for the environment.

If you choose to work with a bat pest control professional, he or she will have the skills and experience necessary to determine the best methods and timing for getting rid of the bats in your home.

Despite what most horror movies would have you believe, bats don’t sit around in their caves all day, thinking of how they can get caught in your hair and suck your blood!


In fact, most bats are totally harmless to people - and would rather be left alone.

While you would probably prefer to leave them alone, too, there are certain circumstances in which it’s necessary to get rid of a bat problem in or around your home.

Figuring out the best bat pest control can be a challenge - however, it’s easy to do when you implement a few of these helpful tips.